Ubi Franklin has been forced to issue a response after his first baby mama made a statement that gave the impression he’s a deadbeat father.

Jennifer, while celebrating Zaneta, the child she had with Ubi Franklin, said she “plays the role of father and mother” in their daughter’s life.

Ubi quickly responded to Jennifer’s statement by revealing he’s not in America, so cannot always be present to play his fatherly role.

He, however, pointed out that his baby mama did not say that he doesn’t provide for their daughter.

That woman did not say I don’t take care of my daughter.
If you read up my post, it shows clearly that I don’t live in America and she does most of the work and doesn’t mean I am not doing my side of the pack.
When a woman says I do father and mother job meaning she is a single mother and lives far away and she does all the correcting from a mother and from father. This doesn’t mean I don’t do my job as a father.
Anyone who reads well will see that her post meant no harm.
Smh 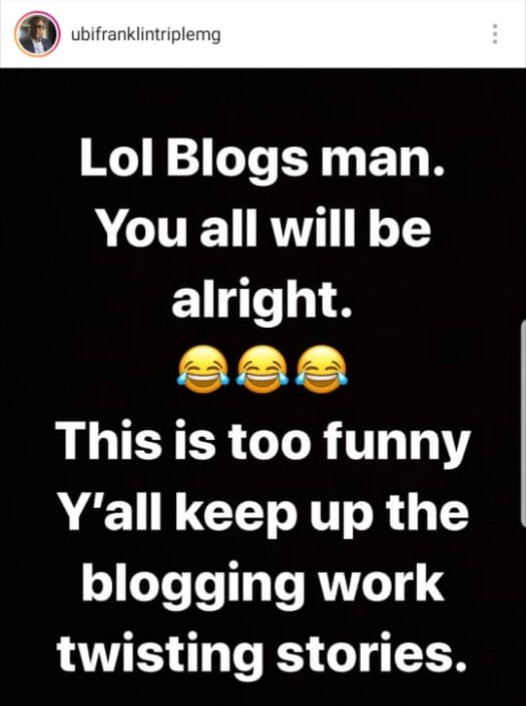 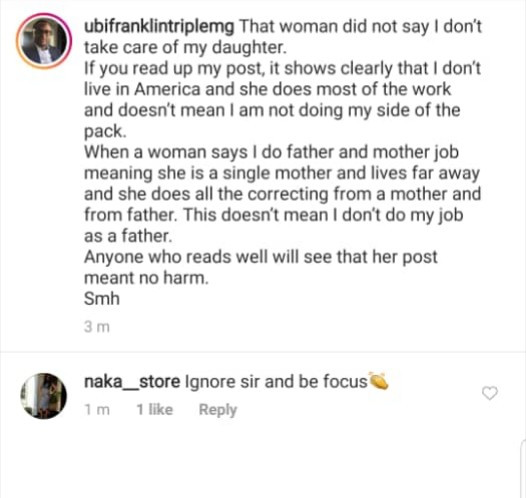