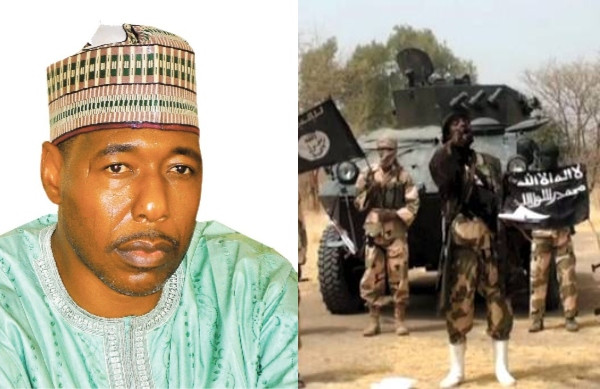 Gunmen suspected to be Boko Haram insurgents opened fire on the convoy of Prof. Babagana Zulum, the Governor of Borno State on Thursday, 5th September.

Zulum who suffered an attack from Boko Haram insurgents was attacked in Konduga Government Area while returning from a trip to Bama Local Government Area.

He was attacked during his familiarity visit and need assessment tour of the 27 LGAs in the state after visiting Bayo, Kwaya Kusar, Askira Uba and Gwoza.

WITHIN NIGERIA learnt that Konduga has been attacked so many times by a faction of Boko Haram under the control of Abubakar Shekau, is said to be near Sambisa forest.

We reliably gathered that the governor, his commissioners and other vehicles in the convoy luckily escaped unhurt but the last vehicle which is an army gun truck was pelted with bullets.

Members of the sect laid ambush to abduct or possibly kill some officials but it was thwarted by soldiers in collaboration with armed personnel from the Federal Special Anti Robbery Squad.