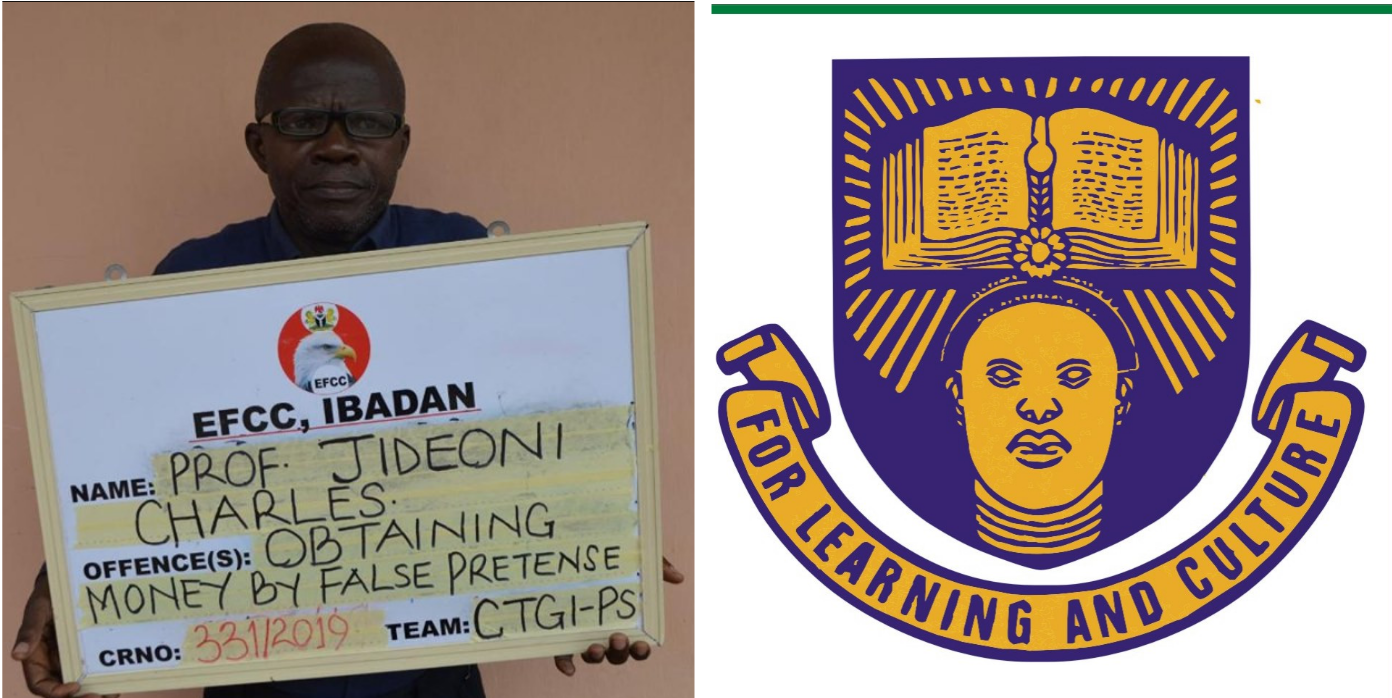 ‘Professor’ arraigned for internet fraud by EFCC not our staff — OAU

Authorities of the Obafemi Awolowo University (OAU), Ile-Ife, Osun State on Friday declared that one Professor Charles Jide-Oni who was arraigned by the Economic and Financial Crimes Commission (EFCC) for alleged internet fraud is not a staff of the institution.

This was contained in a press statement signed by the Public Relations Officer (PRO) of OAU, Mr Abiodun Olarewaju, which was made available to newsmen in Osogbo.

According to the press statement, “the attention of the authorities of the Obafemi Awolowo University, Ile – Ife, has been drawn to a news item in the social and conventional media about one Charles Jide – Oni, who was arraigned before a Federal High Court sitting in Ikoyi, Lagos, for obtaining money under false pretences and other fraudulent activities, by the Ibadan Zonal office of the Economic and Financial Crimes Commission. He was also alleged to have claimed to be a Professor in our University.”

“For the avoidance of doubt, and to set the records straight, we make bold to say that, having gone through our staff list, data, and other record – keeping devices in our archives, we do not have any of our professors, retired or serving, dead or living, who goes by that name.”

“Accordingly, the Obafemi Awolowo University, Ile – Ife, does not have anything to do with the self styled ‘Professor’ and urged the general public to disregard, in its entirety, whatever claims he might have made in connection with our esteemed Institution of higher learning.”

“The Vice Chancellor, Professor Eyitope Ogunbodede, therefore, advised the public to be wary of those who may be using the name of the university for anything unholy, emphasising the zero tolerance of his administration for fraud and other related vices.”

Alleged sexual assault: Another OAU lecturer suspended, handed to the…

“He implored the general public to always verify from the university the claims of anybody who may be using the name of the university for fraudulent activities or any unholy conduct”, the statement concluded.

Harrysong reacts to xenophobic attacks on Nigerians in S.A