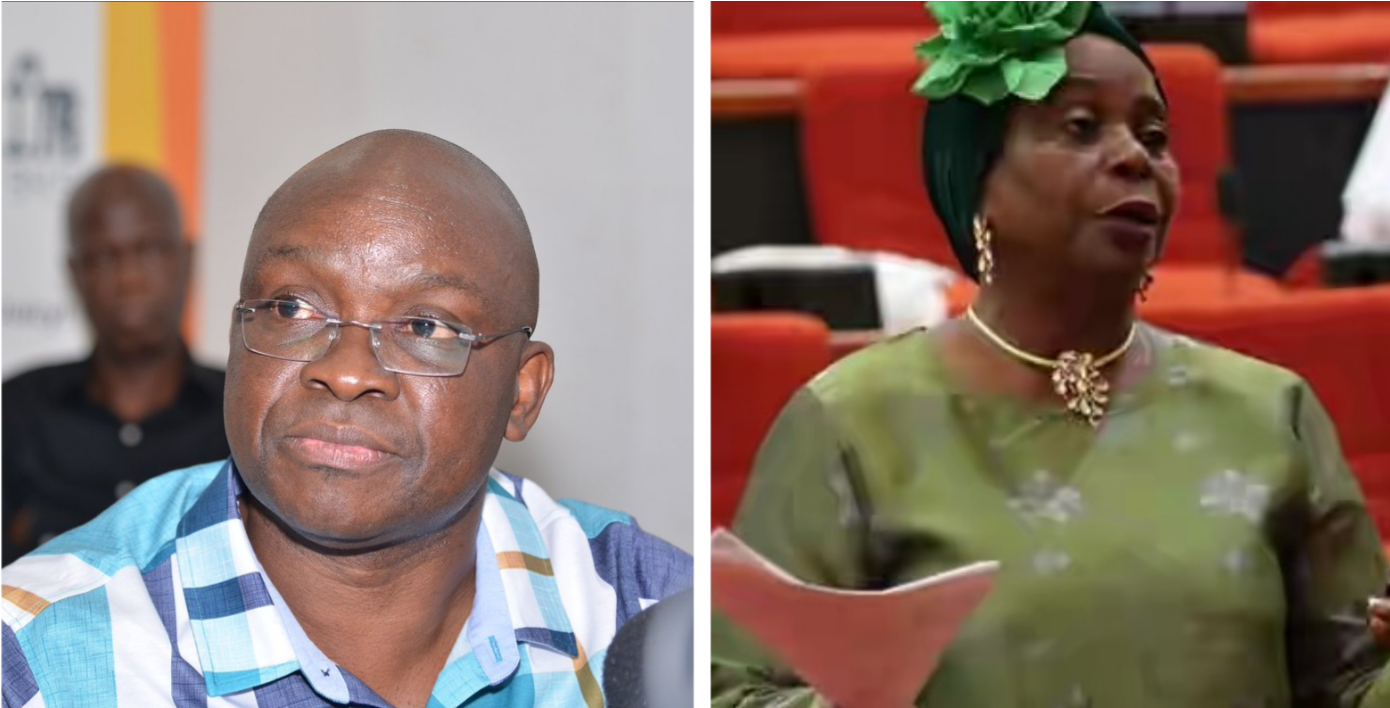 How I made Fayose Ekiti Governor – Olujimi

Biodun Olujimi, a former Senate minority leader has disclosed that immediate Governor of Ekiti State, Ayodele Fayose would not have become a governor both in first and second term if not for her unforgettable roles.

My influence and unalloyed support rescued Fayose because he would have been denied to participate in the PDP governorship primary ekection that produced him as the party flagbearer.

According to The Nations reports, the former lawmaker who spoke through her spokesman, Chief Bunmi Olugbade in a telephone chat on Sunday with Our Correspondent stated that the former governor was initially denied entry into the party until she prevailed on the party hierarchy.

She disclosed that Fayose with retinue of his loyalist at different occasions came to beg her to help secure party ticket for his second term before she finally acceded to his request.

Olujimi noted that she played unforgettable roles in ensuring his emergence as the party flag bearer and victory at the poll by deploying her resources and mobilising the votes of the three senatorial districts, which the she said was instrumental to his electoral victory in large proportion.

She said: “I played unforgettable role in Fayose emergence as Ekiti governor. I helped Fayose back to the party. I was going to contest the governorship before he came. When he came, he could not come into the party, the party said no way; He came to me and said please, help, let’s work together. Let me come back into the party, if we win and then, you will determine what you want.

“But for him to now come out and say I made Olujimi this and that is a blantant falsehood.

“We are both benefactor to each other. Although I was nominated under him as party candidate for Senate. But before then I played a significant role in ensuring his emergence as the party flag bearer in the first and second term.

Speaking on the status of Ekiti People’s Democratic Party, Olujimi said the party is in disarray over who determines who get what, when and how in the party, saying the party is on autopilot.

The former Senate Minority Leader added that her plans to re-engineer the party from the temporary set backs suffered in the last gubernatorial election were been frustrated by some clique, saying she would not rest on her oars towards repositioning and bringing the party to political reckoning.

I am sorry, Fayose begs aggrieved PDP members in Ekiti