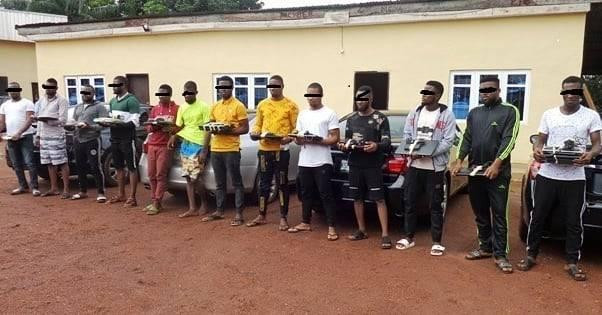 Men of the Economic and Financial Crimes Commission (EFCC) has arrested 13 internet fraudsters popularly known as Yahoo Boys in Enugu.

The suspects were arrested by operatives of the Enugu Zonal office of the anti-graft agency during a raid at their residence in Lomalinda Extension of Maryland, Enugu.

Cars among other valubales were recovered from the suspected internet fraudsters. 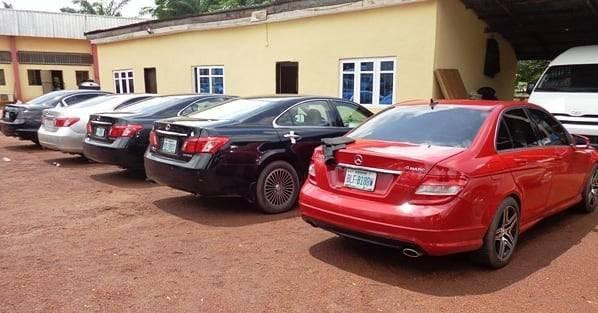 The raid was a fallout of intelligence report relating to their flamboyant lifestyle and internet/cyber related activities which were said to have been used to defraud unsuspecting member of the public, including foreigners of their hard earned monies.

Some of the items recovered when their residences were searched with duly signed warrants include several mobile phones, laptop computers, several Identification and ATM cards, Honda Accord Salon car, three Lexus ES350 cars, a Mercedez Benz C300 and other incriminating documents which are all being analysed. 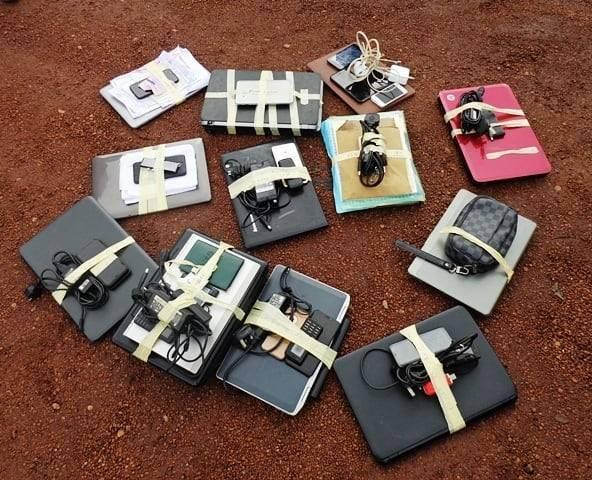 They will be charged to court soon.

Security in Nigeria is being politicized- President Buhari

Enugu state police ban use of fireworks during the festive season