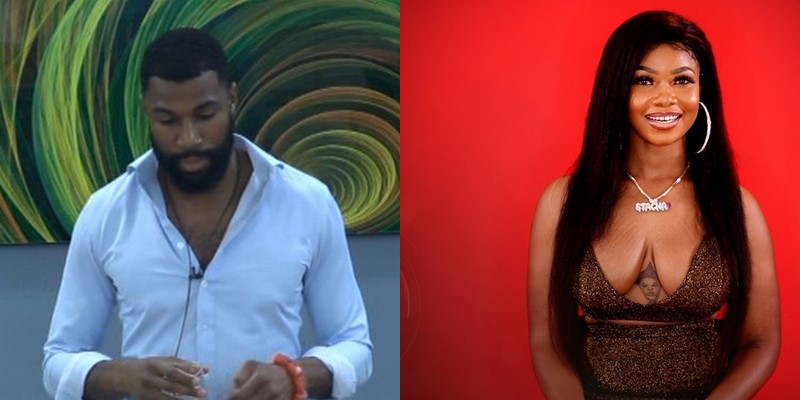 BBNaija housemate, Mike, has made the news after he insinuated that another contestant, who happens to be Khafi’s friend, has body odour.

On Wednesday, September 12, 2019, Mike was heard telling Khafi to tell her friend to top up (use deodorant). Despite not mentioning any names, quite a number of viewers have assumed he was talking about Tacha seeing as she and Khafi are pals. Well, Khafi and Cindy are also pals.

Some other housemates, seemed to agree with the idea that someone has body odour, going by their reactions. Omashola agreed that he knew who Mike was talking about while Mercy also confirmed that Mike had tried to tell the person himself but she brushed him off. She also added that someone who uses bleaching cream would have to bathe twice as more as others to avoid odour.

As expected, Mike’s assertion has caused a little commotion on social media as some Nigerians have reacted to the issue.

Some people feel Mike’s comment is directed at Tacha and that he is only being hateful, others feel his action of telling Khafi was best seeing as Tacha might go into a rage if he had told her. The rest agreed that Tacha most likely smells because she sleeps with makeup on, she allegedly does not bathe after morning exercises and she chews garlic.

I didn't hear it. I have rewind my dstv twice to listen to the conversation but he did not say anything like that. Stop spreading fake news

The way all of them confirmed it😂😂I died! Frodd said Jesus Christ! Mercy said if you’re using cream use a good deodorant and honestly people that bleach smell.Its a fact!

Excuse me where was tacha mentioned in this conversation.#bbnaija

Mike: Tell your friend to top up
Khaffi: Nods*
Mercy: Mike tell em.He told her about her odour but you know hw Tacha is
Omashola: The thing strong o
N/B:Tacha really needs to take care of herself. When I knew she had body odour was when she was wearing 1 sock for 2/3days.#BBNaija pic.twitter.com/Ivqd7patPo

Mike told Khaffi to tell her friend to top up her deodorant. Listen to the video, Mercy even said 'You know how Tacha is na…' By the way, this is not d 1st time d HMs are talking about it.She needs to use both Rollon n BodySpray twice a day #BBNaija

She doesn't bath a night, sleeps with full makeup on

All I know is cindy and Mike sleeps in d same room, so its possible she might be d one they are talking about. And on the other hand, we all know tacha doesn't clean up her makeup before she sleeps let alone take her bath. Its painful I didn't really hear what Mike was saying.

That was why seyi covered his nose during the eviction on Sunday while she was insulting him, he was indirectly telling her she stinks

Ella just got vindicated.
Mercy just confirmed some moments ago that Mike has told her that and Omashola was talking about the importance taking a bath after every exercise which she doesn't do. They also said the garlic she chews worsens it. #BBNaija

😅😅😅 Mike with the hairs, hope there are no mosquitoes and cockroaches inside that desert #BBNaija pic.twitter.com/WTyN5CfLL2

Telling her to tell friend is actually the most polite thing he can do. Cos if he approaches her… Explosion ma sele