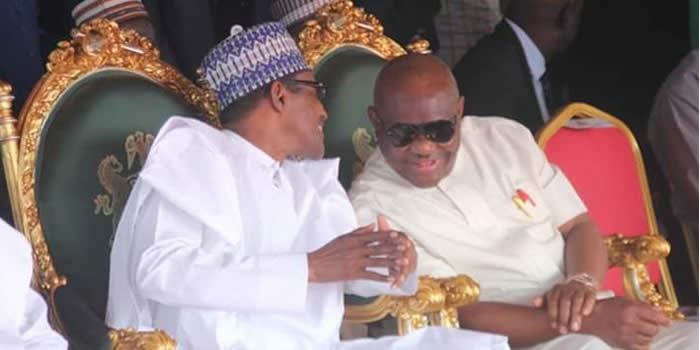 Rivers Governor Nyesom Wike has broken ranks with the Peoples Democratic Party(PDP) by felicitating with President Muhammadu on his victory at the Election Petition Tribunal on Wednesday.

Wike said he declared his message of solidarity with the President publicly because “it came from the heart”.

The governor said his open congratulation message was more sincere than those of his colleagues, ostensibly in the PDP, who paid nocturnal visits to the president over the same issue.