Chioma Reacts after Davido Proposed to Her

Davido’s girlfriend, Chioma have reacted after Davido Proposed to her during while having a date in London, UK.

She took her instagram page to react to this. She shared a picture of her hand with her engagement ring and she captioned it;

“ I love you @davidoofficial (You didn’t even let me wax yet )”. 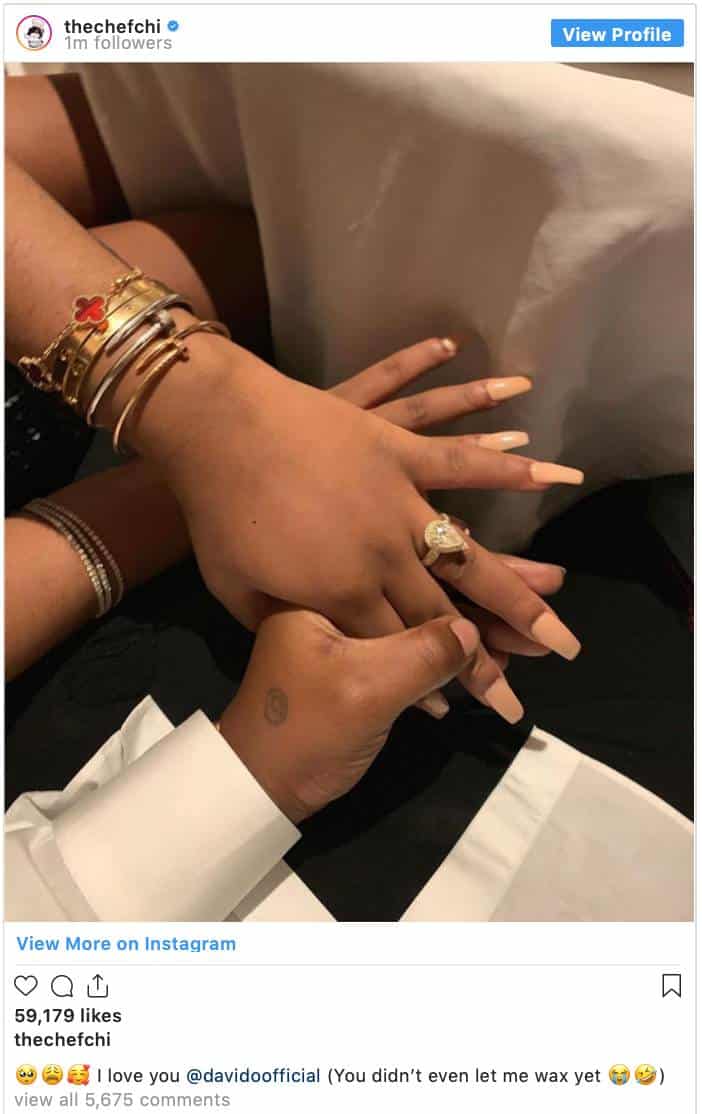 Adewale Adeleke reveals why his brother, Davido took a break off…

Davido already has two daughters – Imade and Hailey – from two baby mamas and there are speculations that Chioma is carrying Davido’s third child.

In 2018, Davido revealed his relationship with Chioma to the world when he decided to spoil her with a Porsche car valued at N23 Million on her 23rd birthday.

The pair have since become an item on the entertainment scene with Davido putting her on a track in his forthcoming album titled ‘A Good Time’.