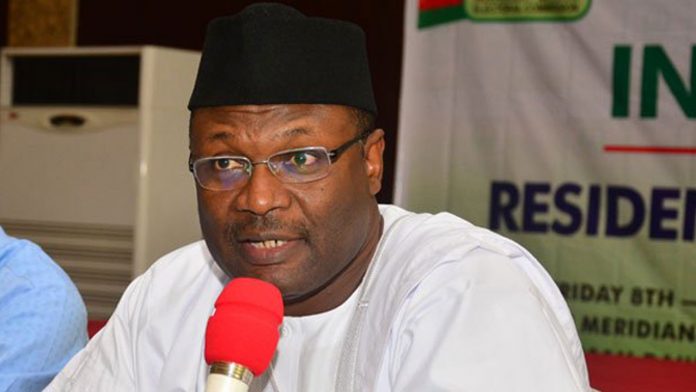 The Independent National Electoral Commission (INEC), says it is determined to ensure a more efficient and hitch-free electoral service delivery in the conduct of the Nov. 16 governorship election in Kogi State.

The Chairman of INEC, Prof. Mahmood Yakubu, made the pledge in Lokoja on Wednesday while speaking at the opening of a three-day workshop for election security personnel for the planned election.

Yakubu, represented by Alhaji Mohammed Haruna, the INEC National Commissioner in charge of Kogi, Kwara and Nasarawa states, described security as critical and a key component of electoral process.

NAN reports that the training workshop was organised by the The Electoral Institute (TIE) in collaboration with the European Centre for Electoral Support (ECES).

Participants were drawn from the Police, Army, Navy, Civil Defence, Customs, Immigration, NDLEA, FRSC among others.

According to him, the training workshop is being organised to update security personnel, on the recent reforms and innovations put in place by the commission to improve the quality of electoral process.

He also said that the exercise was to lay bare, salient issues in the conduct of the governorship election.

The INEC boss said this became necessary, especially in the areas of accreditation of voters, voting procedure, collation of results, electoral offences, and roles security officials are expected to play.

He, therefore, called on them to internalise the modalities, procedure and rules of engagement in electoral processes in the context of best practices.

The state Resident Electoral Commissioner , Prof Julius Apam, said that the major challenge faced by the commission during the last general elections was inadequate security personnel to man all the polling units.

He also said one of the complaints during the election was the prevention of observers from gaining entrance to collation centres but, promised that all the challenges would be addressed before the election.

Apam also said that INEC would engage the Federal Road Safety Commission (FRSC) to certify the condition of vehicles that would be engaged on election duty.

The Commissioner of Police in the state, Mr Hakkem Busari, urged the commission to get the logistics aspect of the process right,” this time around.”

He said the delay in the deployment of logistics on election day could mar the process.

Busari, represented by the Deputy Commissioner of Police in charge of operations.

Mr Kabir Gwarzo, said that the police force was fully ready to secure the environment on election day.