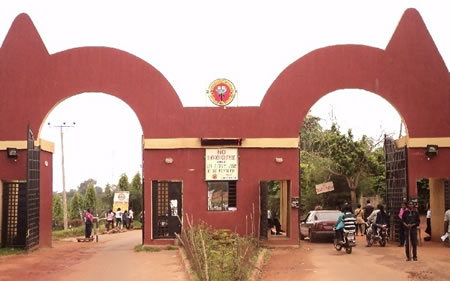 Auchi Polytechnic not Shut down – Management

Management of the Federal Polytechnic, Auchi, has denied reports that it has shut down the institution due to cult -related killings, WITHIN NIGERIA reports.

About Seven persons have been killed in a cult war that began last weekend.

Spokesman for the institution, Musa Oshiobugie, statement said students are only on vacation.

Oshiobugie said the reported cult killings and violence happened at Iyakpi, a community that is two kilometres away from Auchi.

He said no student of the institution has been killed or injured in the violence.

According to the statement, “The polytechnic has been on holidays for the past one week when the students finished with their examinations and the hostels were vacated.

Suspects Arrested For ‘Beheading’ Victims During Eiye And Aiye Cult…

“A school already on holiday cannot be shut. What appears to drive this rumour is a reported violent incident that occurred in Iyakpi, a town two kilometres from Auchi.

“Preliminary reports show that no student of the polytechnic is among the reportedly dead.”

“My mama, my lawyer, my shield” -Beyonce makes a lapel pin out of her mother’s photo