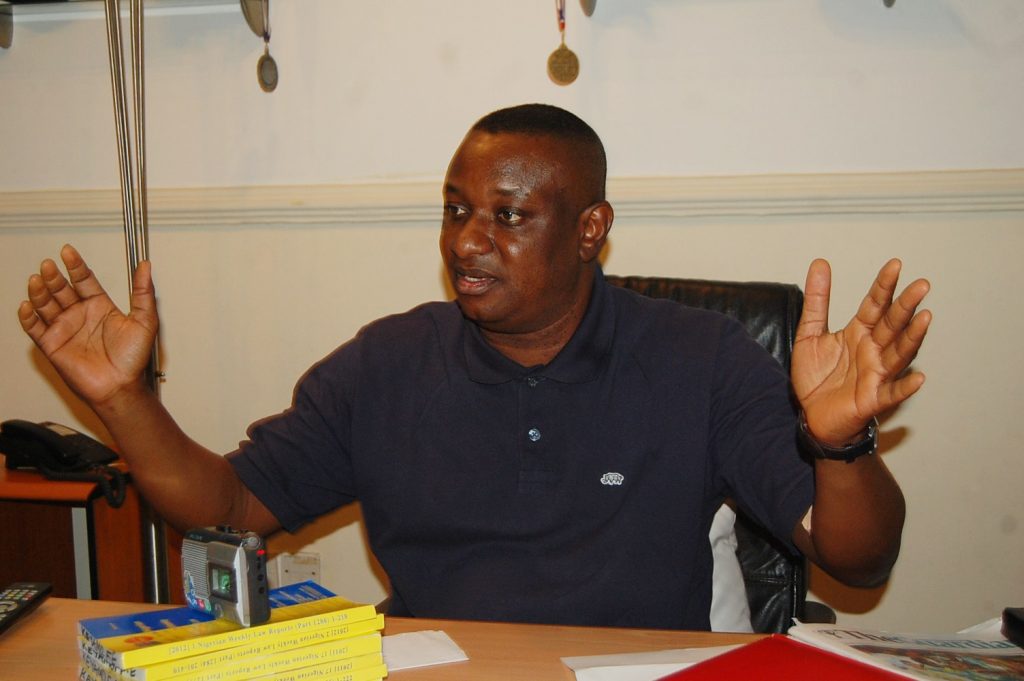 The Minister of State for Niger Delta Affairs, Festus Keyamo, has been redeployed to the Ministry of Labour and Employment.

He is to swap positions with Minister of State of Labour Tayo Alasoadura who moves to the Ministry of Niger Delta Affairs.

This was disclosed in a statement from the Director of Information at the Office of Secretary to the Government of the Federation, Willie Bassey.

According to him: “President Muhammadu Buhari has approved the immediate redeployment of two Ministers of State as follows.

“Senator Tayo Alasoadura is to move to Ministry of Niger Delta Affairs as Minister of State. This redeployment takes effect from today, Tuesday 24th September, 2019.”

"I will soon arrest you" - Bobrisky fumes, attack Oga Sabinus for mis-gendering him [VIDEO]