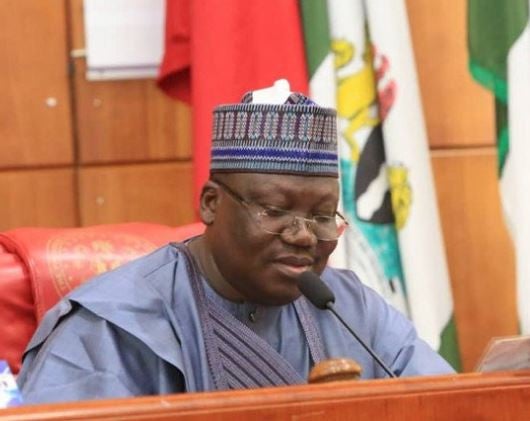 Senate President of Nigeria, Ahmad Lawan has on Friday called for reduced political interventions in the budgetary process.

In a statement signed and released by his Special Adviser on Media, Ola Awoniyi, Lawan stated that there is need to have a budget reform that would include a law on timely budget passage.

While speaking on “Reforming the Budget Cycle: A First Step in Our Journey to the Next Level” at the “Government Meets Business Dinner” of the Institute of Directors Annual Conference, Lawan disclosed that the budget cycle can be reformed if there is a law on timeliness for budget passage.

The President of the Senate also called for the amendment of the Public Procurement Act 2007, adding that “we are of the firm belief that the Act has not provided the intended efficacy it should produce.

“Related to this is the need to match budget projections with fund release, if accountability is to be appreciable.

“Proper documentation of financial activities and reduced political interventions in the budgetary process are additionally important steps to follow.

“We should try to reduce frivolous items on the recurrent expenditure list to increase our disposition to produce, ensure judicious expenditure process and to guarantee value-for-money,” Lawan said.

Lawan said timeliness and deadlines would give leaders focus and make them more definite on deliverables.

Reports, according to the Senate President, have shown that countries like the United States of America, Canada, Austria, Brazil, France and India have more definite budget cycles through legislation.

“We have resolved to be reform minded in the ninth National Assembly and improving the budget cycle is one area of focus.

“Our attention will be on the areas where enhancements are needed and we are surely not going to look away from them in the interest of national growth, development and wellbeing of our people,” Lawan said.

The Senate President said it is also important to improve on the database showing the social economic conditions of the country.

He said that a database would be more helpful for the appreciation of financial projections notwithstanding the current efforts by the National Bureau of Statistics and some multilateral agencies showing the sectoral performances of the economy.