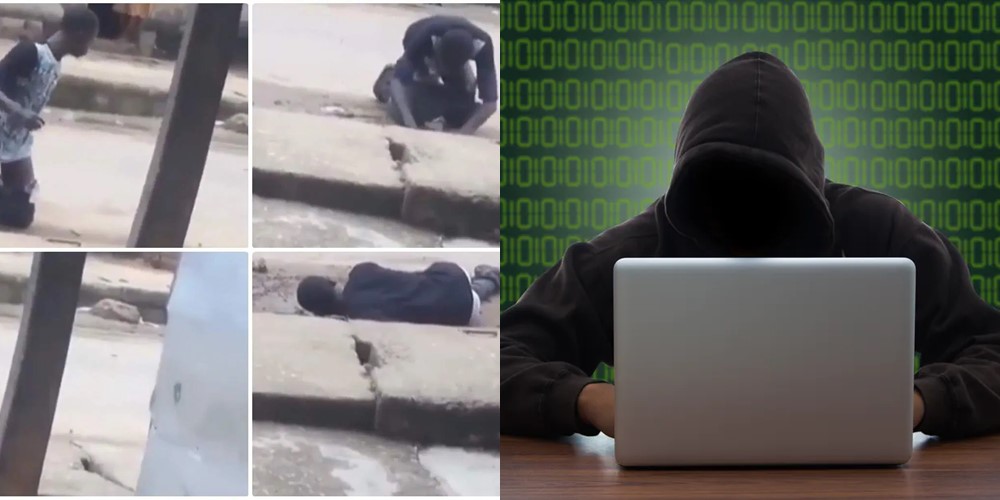 VIRAL VIDEO: “I Want To Do Yahoo, I Must Collect Money” – Young Boy Cries Out

Young desperate boy filmed screaming “I want to do yahoo, I must collect money” In lagos state. Could this be drugs? or is he under the influence of alcohol.

Some claim he is displaying certain level of voodoo (juju). Who knows which is true about those claims.

In the video, the young man alleged to be another victim of ‘Yahoo Yahoo gone bad’ can be seen screaming loud on top of his voice, “I want to do Yahoo”.

Subsequently, the young man bangs his head on the edge of a pavement that he is kneeling on. The video has immediately gone viral after surfacing online.

A statement on EFCC Facebook page revealed that they were nabbed during a sting operation in the early hours of Friday at three different locations in the Alagbado area of the State.