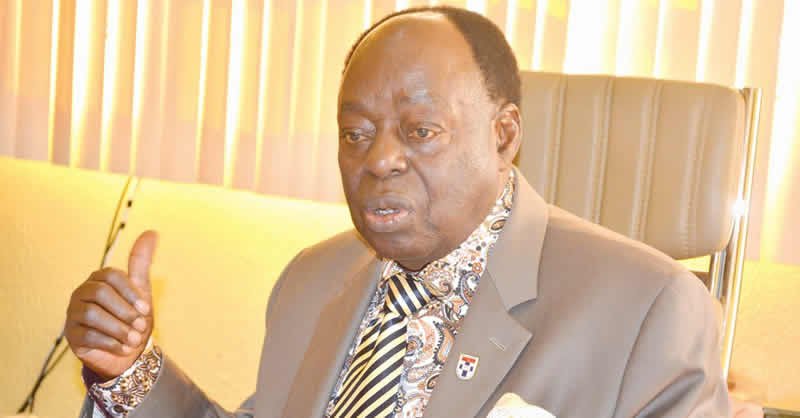 The Founder of Afe Babalola University, Ado-Ekiti (ABUAD), Aare Afe Babalola (SAN), has lamented that Ekiti State was the most neglected by the Federal Government in terms of roads,critical infrastructure for the socio-economic development of the state.

He said the worrisome state of infrastructure had impacted negatively on the socio-economic landscape of the state, adding that it had made the state unattractive to investors.

The legal icon said the event leading to the collapse of the bridge linking Ado-Ekiti, the state capital, with his university and the Federal Polytechnic in the town was a testimony that the state had been grossly overwhelmed by infrastructure deficits.

Babalola, who described Ekiti as the most neglected state in the country, expressed concern over the collapse of the bridge after a downpour which claimed one live.

The Ureje Bridge on Ado-ABUAD-Ikare road was flooded last Monday and collapsed.

A man who attempted to navigate the water got drowned in the deluge.

Several commuters entering and leaving Ado-Ekiti were stranded for several hours between 7 p.m on Monday till noon on Tuesday, following the collapse of the bridge.

Addressing reporters yesterday in Ado-Ekiti, Babalola attributed the collapse to the negligence of the government.

The legal icon said his efforts to make the Federal and state governments rebuild the bridge on Ureje River did not yield results.

He said: “For the past nine years, I have been maintaining that road. But this year, after series of letters, the Federal Road Maintenance Agency (FERMA) wrote to me that they had awarded the road to a contractor, and I have been following the contractor day and night.

“What I know, which is true, is that the contactor has done more damage to the road than helping us. I wrote about the bridge to all those concerned: the Federal Ministry of Works and copy the President. I also wrote letters to Governor Kayode Fayemi because I knew that road was neglected by the contractor and the Federal Government.

“Indeed, Ekiti is the most neglected state in this country. Look at the road between Ilesha and Ado-Ekiti; it was made over 20 years ago. This road – from Ado-Ekiti to Ijan to Ode to Ikare to Lokoja – was built over 100 years ago, before I was born.

“That bridge, which you saw, was also built over 100 years ago; that narrow bridge. When I was in school, we used to trek from that place to Ogbese Tiver to cut what we called prank cane to make chairs and wooden ceilings on that route.

“Nothing has been done to improve the bridge. I have been writing, phoning, sending text messages about that the bridge would collapse anytime. I warned all of them, including the governor, that it would collapse and that something should be done.

“When it happened two days ago, I sent text messages to Fayemi that what I told you should not happen has happened. I also got in touch with the Minister of Works, who eventually phoned me that they were going to do something about the bridge.

“I sent messages to monarchs and others. In the afternoon, I got a text from Fayemi that some people would come the following day to work on it. Fashola told me they were moving there immediately. I went to the bridge and I saw them working there.

“My team of engineers had been there early in the morning. No heavy truck or vehicle should pass that place; otherwise, it will go down.

“What we need is a new bridge and a dual carriage road from Ado-Ekiti to the university, which is only 15 kilometres. I don’t know why the road has not been repaired. I hope now that with what has happened, things will change.

“Like I said, Ekiti is the most neglected state in this part of the world. Secondly, I protested in my usual way. Former President Olusegun Obasanjo did little work on the road and you can see it has not been completed.

“Again, I was lawyer to the Federal Government. Obasanjo again worked on it from Itawure to Ado-Ekiti, a dual carriage, but since he left, it is all forest.”

Buttressing his claim on the alleged neglect of the state, Babalola said the road from Ado-Ekiti to Akure, the Ondo State capital, was among the worst in the country.

“What I will continue to do now is to put pressure on those responsible and in authority for us to have good infrastructures. This is because without good infrastructure, nobody can come to the university. You know we are suffering here,” he concluded.