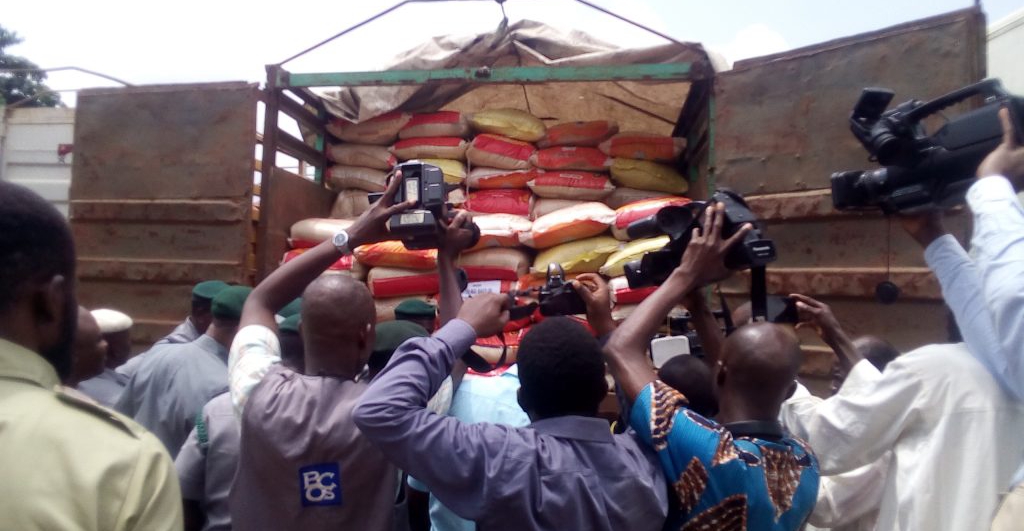 The Nigeria Customs Service (NCS), says it has seized no fewer than 1,072 vehicles from suspected smugglers since the closure of Nigerian borders with neighbouring countries.

NCS Public Relations’ Officer, Mr Joseph Attah made the disclosure on Friday in Katsina during a sensitisation programme on the Border Drill Operation.

He said that the vehicles were seized while trying to cross into the country through illegal routes.

Attah said that over 19,000 bags of foreign rice and 4,765 Jerry cans of petrol were also seized adding that two fuel tankers were also impounded.

The PRO revealed that thousands of ammunition were seized, while 317 suspects were arrested during the period.

He said that 131 bags of NPK fertilisers, which would have been used to make explosive device were seized, while 146 illegal immigrants without genuine travel documents were arrested.

He said that the closure had helped in ensuring security for the citizens as well as improved the nation’s economy.

“Anytime you buy foreign rice, you have empowered foreign farmers, while our farmers are suffering in spite of government interventions like Anchor Borrower, which is aimed at boosting rice production.

“We are now like candles burning ourselves and lightening others,”he said.

He, however, justified why the government launched the ongoing Border Drill Operation to check the menace of smuggling and illegal immigrants into the country.

In his remarks, the State Coordinator, National Orientation Agency (NOA), Alhaji Armayau Rimaye, said that the country has potentials for self sufficiency in food production.

He said that such could only be achieved if Nigerians continue to support government policies like the Border Drill Operation.