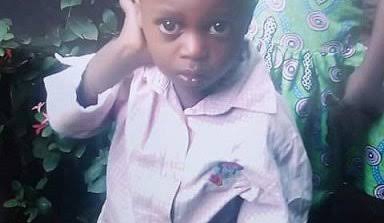 The sad incident occured on Tuesday, October 15th when unknown men abducted the young  child on his way home after school.

According to reports available to reporters, the victim, Chidalu who is a student of Central School, Atta near the Afor Atta Market was with his older brother, Nnaemeka when both were approached by the two suspected kidnappers.

10-year-old brother of the victim, Nnaemeka was given money to buy sachet water by the suspected kidnappers and they were already gone with the three-year-old boy before his brother returns.

While reacting to the development, the father of the kidnapped boy, Alexander Ike confirmed the incident and begged the state government including security agencies to assist in rescuing his son.