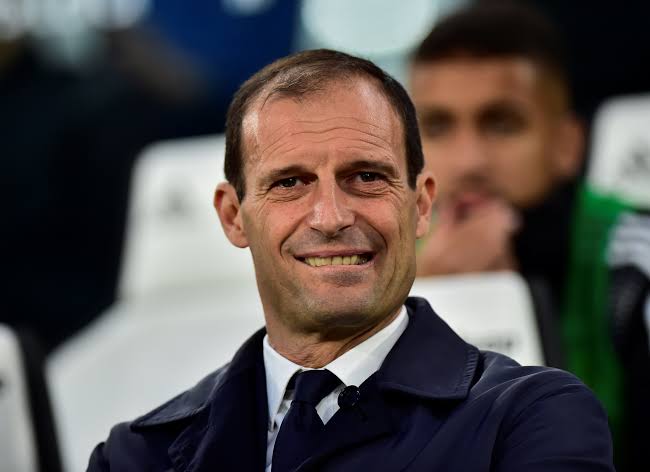 Massimiliano Allegri has cleared the air on speculations, that he was set to replace Ole Gunnar Solskjaer as Manchester United manager.

With the Red Devils making their worst-ever start to a Premier League season, pressure is beginning to mount on Solskjaer at Old Trafford.

Allegri’s name has quickly emerged as a possible replacement.

The Italian, who is currently without a job after leaving Juve, claims his English skills are not yet up to scratch for a job at Old Trafford.

“I don’t speak English enough yet, but I’m learning,” Allegri joked while speaking at the Football Coaches Association symposium via Przeglad Sportowy.

While eager to improve his English, Allegri went on to highlight that he is a coach that listens more than he speaks.

He added: “There are two ways to be a good trainer: authoritarian and liberal. I prefer the latter, so I listen more than I speak.

“Thanks to this strategy, I receive more information from the outside that positively changes my world. I still deny the validity of my ideas. I argue with myself.

“If I think that something is 100 per cent good, I am worried and consult on this opinion with the people around me.

“When I came to Turin after Antonio Conte, many thought I was screwed. That Juve is burned out. That the winning stage is over because the team is saturated.

“The situation was not perfect because I found a team that needed rebuilding. It’s exciting, but also at risk of failure, and Juventus is not the place where the latter is accepted. That’s why I had to look for ways to stimulate the group. I listened and changed.”

The 52-year-old won Serie A in each of his five seasons with the Bianconeri and twice saw them progress to the Champions League final.