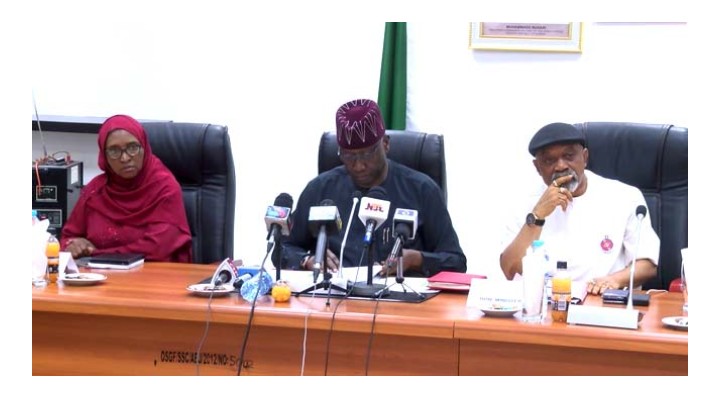 After several hours of deliberation between a federal government team and representatives of Nigeria labour unions, the ongoing negotiation on Nigeria’s new minimum wage adjustment ended in deadlock.

The negotiation meeting, which started on Tuesday, has yet to reach a resolution even as at Thursday morning.

The Wednesday meeting began at 5 pm and ended at 2:15 am on Thursday.

WITHIN NIGERIA gathered that both parties agreed to adjourn the meeting until 7 pm on Thursday to continue deliberation.

The Nigeria Labour Congress and the Trade Union Congress want the full implementation of the N30,000 new minimum wage and its consequential adjustments.

The government, which approved the new wage before the last elections, has failed so far to implement it.

WITHIN NIGERIA recall that last week, labour threatened a nationwide industrial action if the government failed to show commitment to the full implementation of the new minimum wage.

The Wednesday meeting started late at 5 pm because the labour minister, Chris Ngige, did not arrive early.

During negotiations, the unions broke out from the government team more than four times for consultations.

An agreement by both parties will be an indication there would be no national strike.

Speaking at the end of Thursday meeting, the minister of Labour and Productivity, said both parties agreed on many areas.

He said both parties agreed to reconvene at 7pm.

“But there are areas we didn’t agree on, we are adjourning the meeting. We have given assignments to both parties and they will do it and give us feedback. The work is enormous and we do not want to make mistakes we can avoid, ” he said.

”Every dispute will be settled, ”he concluded.

The issue is the percentage salary increase for certain categories of workers.

But the federal government presented a proposal of 11 per cent salary increase for officers on grade level 07 to14, and 6.5 per cent adjustment for workers of grade level 15 to 17.

While President Muhammadu Buhari signed a new minimum wage bill into law in April 2019. But its implementation has been stalled over disagreements between the unions and government representatives.

The implementation of the new minimum wage has remained a problem, arising from the issue of relativity and consequential adjustments.

On May 14, the federal government inaugurated the relativity and consequential adjustment committee, which set up a technical subcommittee to work out a template for the adjustment of salaries of public service employees in line with the minimum wage law.

HYSTERECTOMY: Actress Nse Ikpe-Etim opens up on blocking husband, healing and moving on