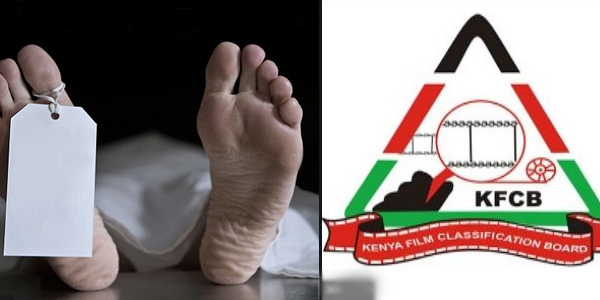 A man who died a year ago was mistakenly reappointed to serve on the Kenya Film Classification Board (KFCB), the government says.

Robert Kochalle died in May last year but was among three people reappointed to the KFCB, which regulates cinema and broadcast content.

On social media, Kenyans have been hitting out at the government saying the appointment is evidence of clumsiness in managing state affairs.

But the board’s chief executive, Ezekiel Mutua, says that it was a “small issue being blown out of proportion”.

He suggested that the mistake may have been caused by an administrative mix up following the transfer of the KFCB from one government ministry to another.

Some Kenyans online are however not content with Mr Mutua’s explanation:

Dead man wakes up few moments before being buried in Delta

One twitter user @achmag_villy said, “It is not a small issue but a serious records management failure. Someone should have checked the records and advised on the change of status. Please do not belittle us…”

Some are wondering whether the man was asked for consent before his re-appointment.

A twitter user @feelhipoh said, “Daktari, when one is to be appointed are they not supposed to be called prior to at least seek their consent? I see a big mistake there.”