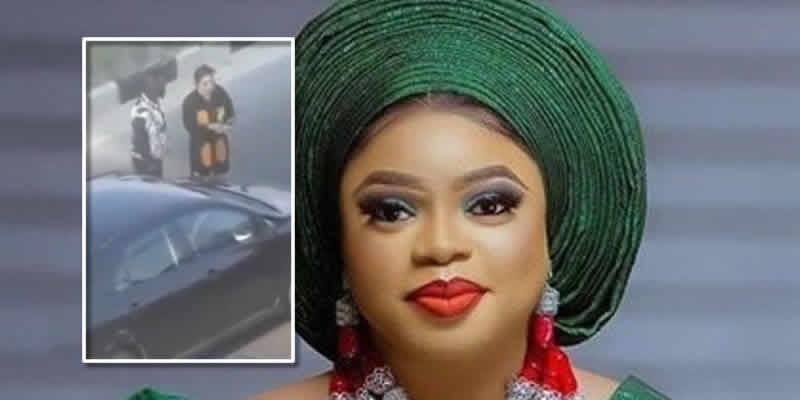 In a video captured by unknown lady whose voice was making short commentary revealed that the car of the popular cross-dresser was hit by another car and the cross-dresser was seen taken photo shots of the car’s plate number while arguing with the owner of the car.

The yet-to-be identified man who was angry with Bobrisky reactions as he took photo shots of the incident and plate numbers, tried to stop him by hitting his hands which made Bobrisky phone to fall.

Angered by this act, Bobrisky ran into the seat beside the driver’s seat of the said car probably to take something, hurriedly ran back into his own car and he was followed by the man who destroyed his phone which led to a fight.

You‘ll get value for your money, Makinde assures Oyo people

Sean Paul Has Been Honoured By The Jamaican Government (Video)