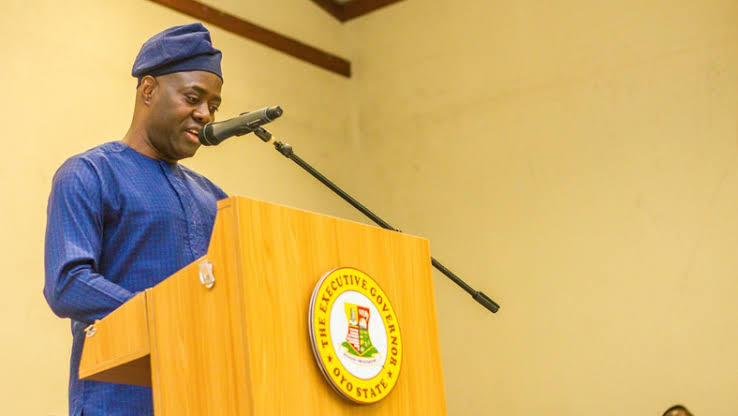 You‘ll get value for your money, Makinde assures Oyo people

Gov. Seyi Makinde of Oyo state has assured the people of the state that they will get value for every money belonging to the state spent on any project.

Makinde stated this on Monday after an inspection tour to three government projects in Ibadan, the state capital.

The governor expressed dissatisfaction with the state of some government property, especially lands and other abandoned public structures across the state.

He frowned at the culture of spending state resources on projects only to abandon such projects halfway, without minding the resources already expended, ”which characterised the activities of the immediate past administration in the state.”

Makinde assured the people of the state that his administration would ensure that they got value for the tax payers’ money spent.

He directed Dr Akin Fagbemi, the chairman of the state Road Traffic Management Agency (OYRTMA) to use the abandoned structures at the old Urban Mass Transit Park as the agency’s headquarters.

The governor promised to provide necessary equipment and other logistics that would enhance the job of the agency.

At the Jericho Specialist Hospital and the Paediatric/Maternal Centre, Makinde promised to equip the facilities to promote qualitative healthcare delivery.

He said that the paediatric hospital would be equipped with furniture and other clinical equipment to accommodate some of the departments at the Jericho Specialist Hospital.