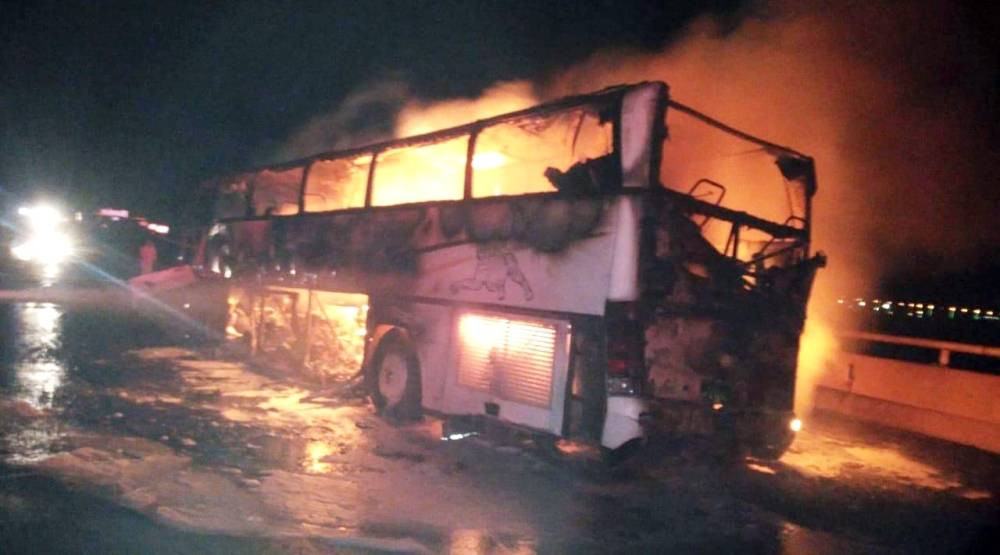 Tragedy struck in Saudi Arabia city as thirty-five expatriate Umrah pilgrims were reportedly burnt to death while four others were injured in a traffic accident.

This sad incident occured on Hijrah Road near Madinah on Wednesday evening, October 16.

According to the official Saudi Press Agency, “the accident involved a collision between “a private chartered bus.. with a heavy vehicle” near the western city, a spokesman for Medina police said.

The horrific accident occurred on Markaz Al-Akhal, 170 km from Madinah, when the bus, which was carrying 39 pilgrims from Riyadh, collided with a wheel loader while it was on its way from Madinah to Makkah. All the victims are of Asian and Arab nationalities.

Madinah police spokesman said the concerned agencies have launched a probe into the accident. He said the security agencies and the Saudi Red Crescent Authority (SRCA) officials reached the scene of accident to deal with the situation immediately after receiving information about the tragedy.

Khaled Al-Sahli, spokesman of SRCA in Madinah, said that 20 emergency units of SRCA and ambulance units of the Health Department participated in the rescue operation.