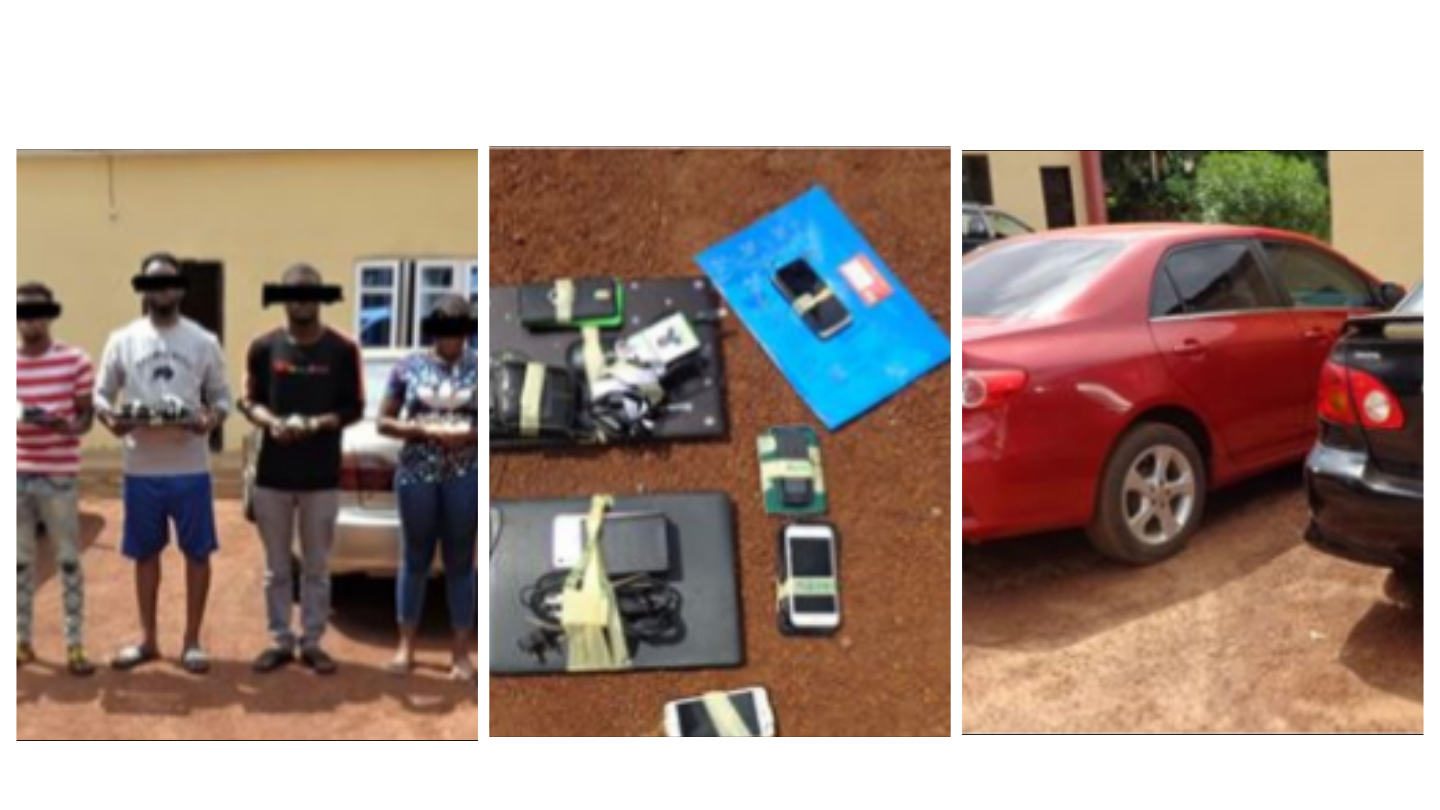 Men of the Economic and Financial Crimes Commission (EFCC), Enugu Zonal Office have arrested nine suspected cyber fraudsters together with a woman for online scams.

According to reports, these cybercrime suspects were arrested following an intelligence report about their lifestyle and suspected criminal activities and the homes of the suspects were raided by the anti-graft agency.

The suspects will be charged to court when investigation is concluded.

Charging my phone, landed me in prison, says suspect