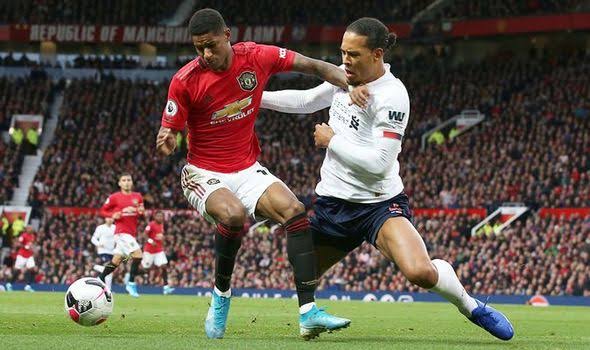 Liverpool were in search of their 18th successive league win to equal Manchester City’s top-flight record set between August and December 2017 but had to settle for a point after a scrappy encounter.

Marcus Rashford’s hotly contested first-half goal, allowed after a video assistant referee check for a foul by Victor Lindelof on Divock Origi, looked to be condemning Liverpool to their first league loss since they went down at Manchester City in January.

Rashford finished neatly from Daniel James’ cross in the 36th minute but Liverpool, who saw a first-half strike from Sadio Mane ruled out by VAR for handball, struck back when substitute Lallana arrived unmarked at the far post to score from Andy Robertson’s cross five minutes from time.

The draw means Liverpool’s advantage at the top of the table has been cut to six points.