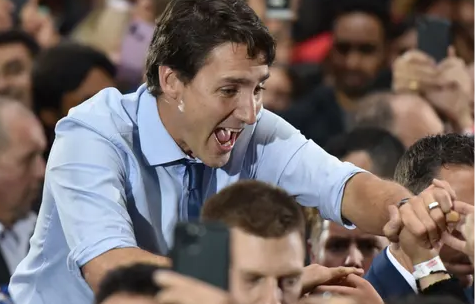 The Canada’s prime minister, Justice Trudeau has been duly returned to office for the second term after narrowly winning the country’s federal election which signifies that he will lead a minority government forcing him to depend on other parties to govern.

According to reports, the Liberals were victorious in 146 out of 304 electoral districts that had reported results by about 10:30pm Toronto time on Monday, according to the national broadcaster CBC. Trudeau needed to win 170 seats to secure a second majority government.

While delivering his victory speech, Justin Trudeau told Canadians that even if they didn’t vote for him, the Liberal Party works for all people of Canada.

Trudeau, 47, was endorsed by Barack Obama in the last days of the campaign, but his standing as one of the few remaining progressive leaders in a major democracy was undermined by the emergence of blackface images, and lingering criticism of his handling of a major corruption inquiry.

Ahead of the vote, polls showed him neck-and-neck with the Conservative leader Andrew Scheer. But with neither of the main parties reaching the number of seats needed for a parliamentary majority, Canada is headed towards a minority government, and Trudeau will be forced to co-operate with smaller left-of-centre parties to govern.