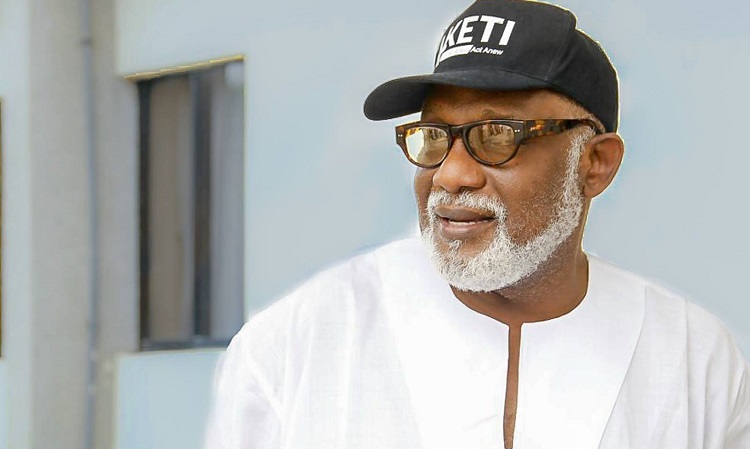 Indications from Alagbaka, the secretariat of Ondo state reveal that all might not be well with Governor Rotimi Akeredolu’s health as he has been away from public glance for a while.

WITHIN NIGERIA gathered that the deputy governor of the state, Agboola Ajayi has been acting in the governor’s capacity but most of his actions are always frustrated by alleged cabals who are loyalists of the governor and fearful of his domination. The directive he issued was the dismissal of one of aides of the deputy governor over a facebook post which could be the only reaction traced to him lately.

A top official in the secretariat revealed to WITHIN NIGERIA reporter that the Governor is very sick, hospitalised with private doctors and may not be fit for coming election.

His legs are in a very bad state. They are swollen but they have been treated in several ways and we hope that he will be fine to carry out his duties as governor of the state and possibly be able to contest in the next election, he said.

Another source told WITHIN NIGERIA that “the Governor was actually ill and was flown out of the country. But he is back, he has only been confined in Abuja for recuperation.”

Fayose meets Agboola Ajayi, urges him to return to PDP

“Only very few members of his cabinet are granted access to see him while many are groping in the dark about the governor’s whereabout, he disclosed.

There were several occasions and state functions that demanded the physical appearance of the governor but he did not show up at the events which have raised suspicions that he might truly be sick. The Governor was visibly absent at the funeral of his maternal uncle, late High Chief Sunday Adeyemi held at Igbotu, Ese-Odo Local Government Area of the state.

The Governor was represented by the Deputy Governor, Ajayi while state Commissioner for Information and Orientation, Ojogo was reportedly sent by the cabals to represent the Governor as both hail from the local government of the deceased.