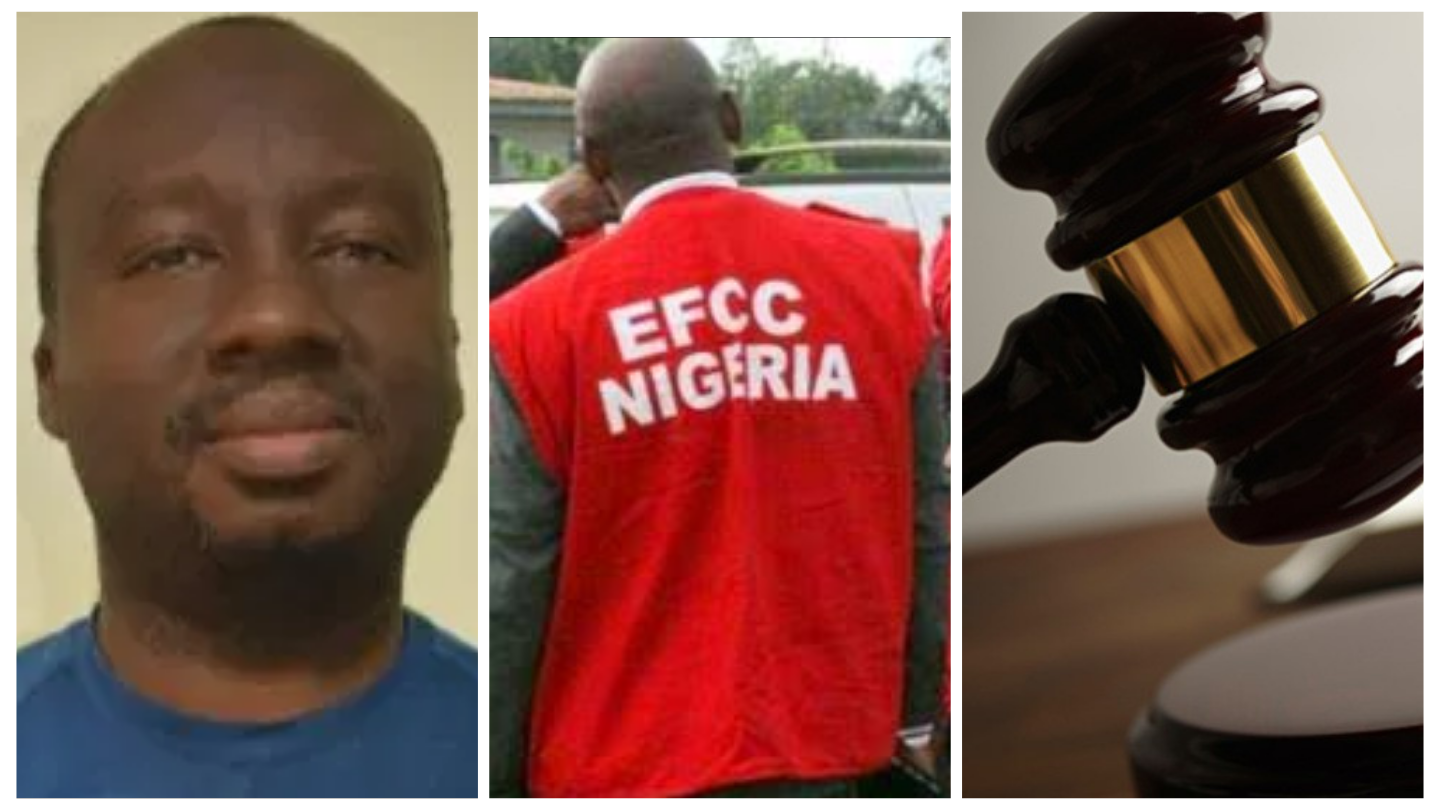 A banker and employee of Bureau De Change have been arraigned by the Economic and Financial Crimes Commission (EFCC) before Justice Farouk Lawan, a sitting judge at the Kano State High Court on 19-count charge bordering on theft and forgery.

According to reports, one of the count charge read ” That you Jude Ameh and Ademola Aderibigbe sometime in 2017 at Kano within the Jurisdiction of the High Court of Kano State did conspire between yourselves to commit an illegal act to wit: theft and thereby committed an offence contrary to Section 96 of the Penal Code Law and Punishable under Section 97 of the same Law.

The defendants pleaded not guilty to all the charges against them.  In view of their plea, prosecuting counsel Salihu Sani asked the court for a date for hearing.

U.U Eteng, the counsel to the defendants prayed the court to hear their bail applications.

Counsel to the defendants, U.U Eteng prayed the court to hear their bail application.

Justice Farouk Lawan granted the defendants bail in the sum of Five Hundred Thousand Naira each with reliable sureties that must have landed property within the jurisdiction of the court, which must have Certificate of Occupancy..

The Judge adjourned hearing to February 11 and 12, 2020 while the defendants are to be remanded in EFCC custody pending the fulfilment of their bail conditions.