BBNaija star, Cindy has opened up on what really transpired  between her and  a dress seller after a faceoff over an alleged free dress she was given.

Withinnigeria had earlier reported that  the reality star was accused by the boutique owner of backing out on their agreement of tagging her to a photo of the dress she shared, a claim Cindy described as “clout chasing” in a voice note which went viral.

Sharing her own side of the story in Instagram post, Cindy explained that the gown was given to her in appreciation of a photoshoot she did for the brand. According to her, she wasn’t paid even though she missed Toyin Lawani’s photoshoot for it.

“She was even pleading that I should wear her shapewear and make a video advert for her.. and I was going to do that for free too..
I never for once wished her bad, I wanted her business to go well, if that was the little I could do to support her.. If u notice in one of the screenshots where I said this pics is maaaaad.. she sent it and I appreciated it, there was no problem but then she unsent it.
I am still as confused as everyone else.

BBNaija: You will know your relationship status after sex with Neo –…

“Look at Tiana, I missed her appointment on that day cz of her, check that screenshot, someone that even tried to see me , despite how busy she was. do u guys know who this lady is, I should be running to her place sef, I should count myself lucky, someone I see as a mentor and inspiration.
.. I only had time to send Tiana a message wen I could lay my hands on my phone, around to 11pm.. Why are ppl sooo mean, is it cz they tink am quiet or too considerate?..

“How did I offend you? to do this to my image after all my efforts.. The said makeup artist , look at what she sent me on the 29th.. even before I posted the kraks tv image which was not the said shoot.. so I really didn’t understand what her problem was, someone I tagged wholeheartedly.” She said. 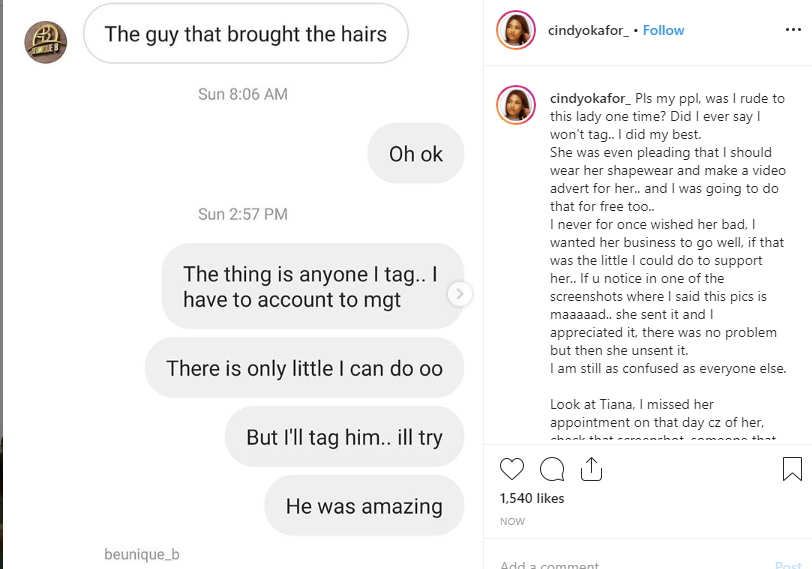 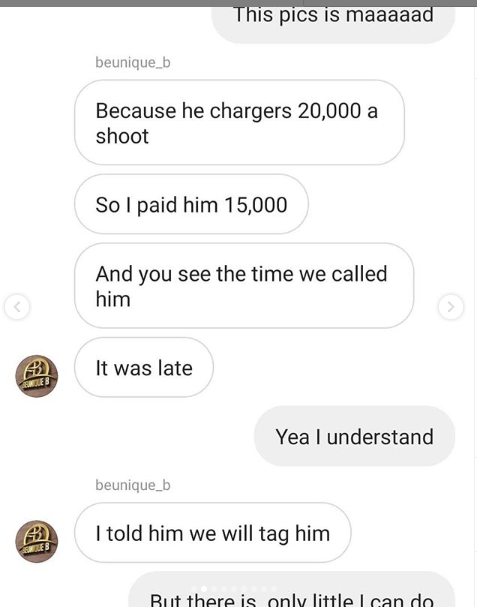 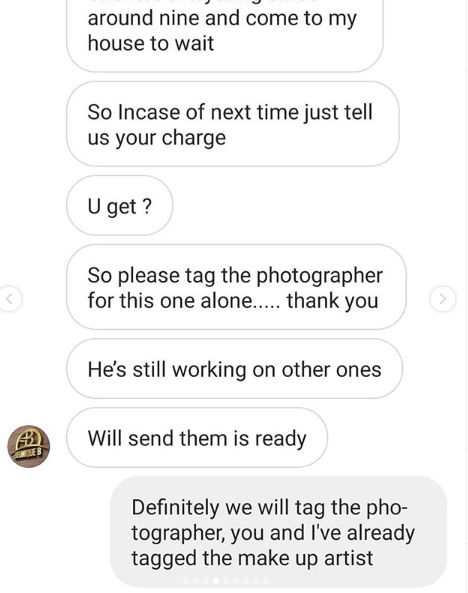 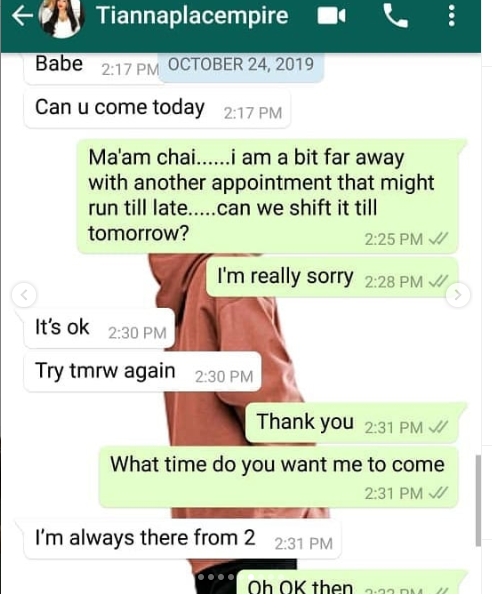 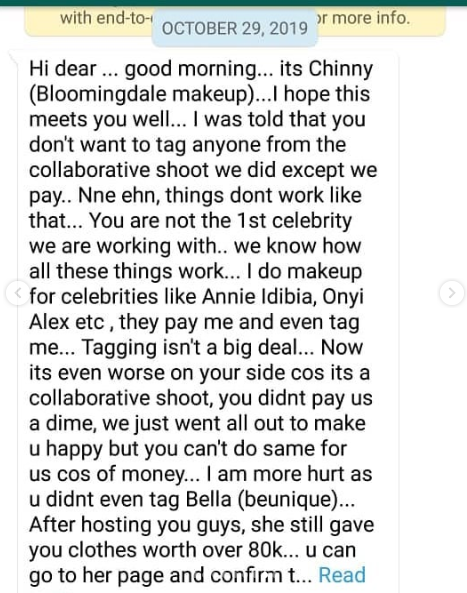 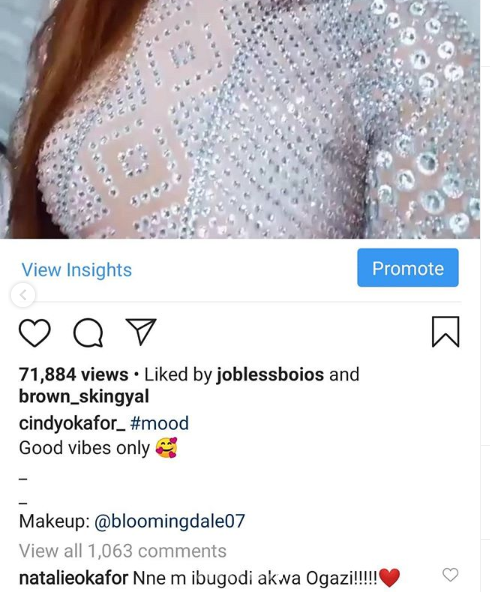