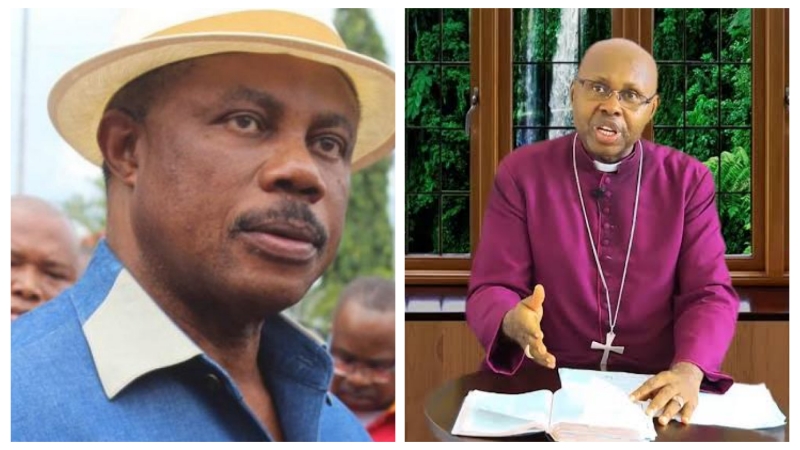 The Governor of Anambra state, Chief Willie Obiano has decried the infiltration of evil spirits into the Government House and urged the Christian faithfuls to pray for the state house so that it would not become the house of evil spirits.

This was disclosed by the governor through the Secretary of the State Government, Prof. Solo Chukwubelu at the Dr. Alex Ekwueme Square, Awka during the Province of the Nigeria, Anglican Prayer Rally of Anambra State (APRAS) 2019 with the theme: “The Righteous Shall Flourish like Palm Tree”.

This confession came as a reaction to the gospel of the Bishop of Ogaru, Rt. Rev. Prosper Amah who had said there were evil spirits in the society and in turn, the governor through the Secretary confessed that evil spirits come into the state house and go.

The Secretary to the State Government called upon the Christian faithfuls to pray for the state so that evil spirits would leave the Government House permanently and give the government the chance to provide quality services to the people.

“In the Government House, the evil spirits come and go. We urged the church to pray hard to let them leave the government for good.”, he said.

While reacting to the development, the Archbishop, Province of Niger and Bishop, Diocese of Awka, Most Rev. Alexander Ibezim quickly respond to the admission of evil spirits in the state house, saying “evil spirits in the Government House are human beings.

Ibezim said while the church fights the evil spirits outside Government House with prayers, the governor should show those inside the way out of the seat of power.

He said: “The government should fight evil spirits themselves in the state house, while the church will fight those outside the Government House.”

The archbishop charged Christians to be prayerful to be able to subdue Satan and its agents looking for who to destroy.