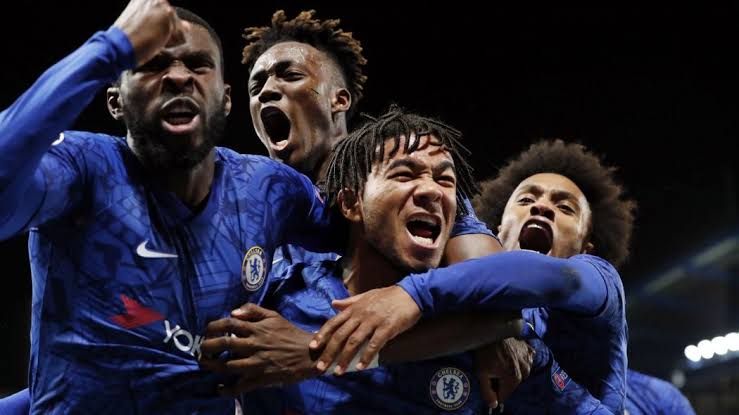 Chelsea on Tuesday night came from 4-1 down to draw 4-4 against Ajax in the UEFA Champions League.

Tammy Abraham scored an early own goal, Jorginho equalised with a penalty but Quincy Promes then headed Ajax ahead.

Cesar Azpilicueta pulled one back, Ajax had Daley Blind and Joel Veltman sent off before Jorginho’s second penalty and Reece James’ effort made it 4-4.

Chelsea thought they had grabbed a sensational victory when Azpilicueta smashed a loose ball into the net but the goal was ruled out after a video assistant referee review showed the ball had struck Abraham’s arm before falling for the Blues captain.

It leaves three teams on seven points in Group H, with Ajax moving top on goal difference, Chelsea second and Valencia third after they beat Lille 4-1 in Spain.

BREAKING: Man whose Identity was mistaken for Nigerian who died in Ukraine Airlines…