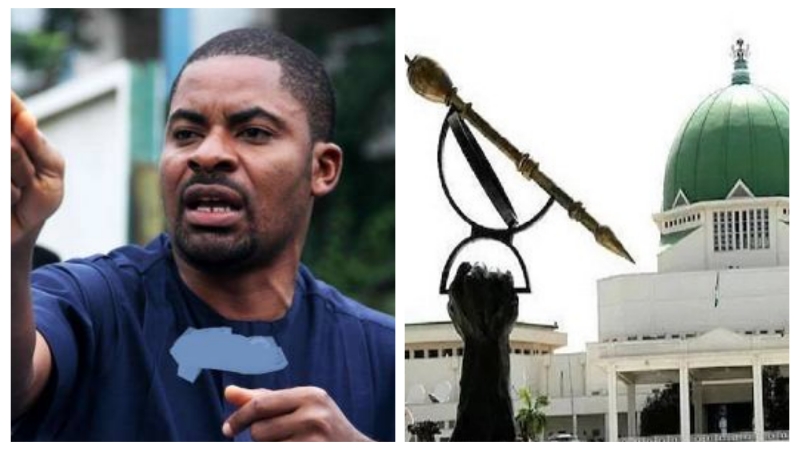 We reject the attempt to censor Social Media in Nigeria, this is a tyrannical legislation – Deji Adeyanju

The proposed attempt to censor social media usage in the country which has generated a lot of controversies, Activist Deji Adeyanju has joined the league of Nigerians who feel worried about the bill and has reacted to it.

WITHIN NIGERIA had earlier reported that “the Federal Government says it has commenced the process of injecting sanity into the Social Media space to prevent it from setting the nation on fire.

Senator Mohammed Sani Musa has also sponsored a bi titled, “Protection from internet falsehood and manipulations bill, 2019″ and it has reportedly passed the first reading on November 5th.

While reacting to the sponsored bill, Activist and social media crusader, Deji Adeyanju condemned the bill and said, “we reject the attempt to censor Social Media in Nigeria. This is a tyrannical Legislation’.

Adeyanju further stressed that, ‘We will mobilize Nigerians against the Anti Social Media Bill just reintroduced in the National Assembly. We killed it before & we must kill it once again. This is an assault on Freedom of Expression enshrined in section 39 of CFRN.

“The Anti Social Media Bill will affect everyone. It will take away our FREEDOM OF EXPRESSION including freedom to hold opinions and to receive and impart ideas and information without government interference, he disclosed.

“We know that with Lawan & Gbaja, the Anti Social Media Bill is as good as passed but we as citizens must do our part. This is what Buhari always wanted to do since 2015, he added.