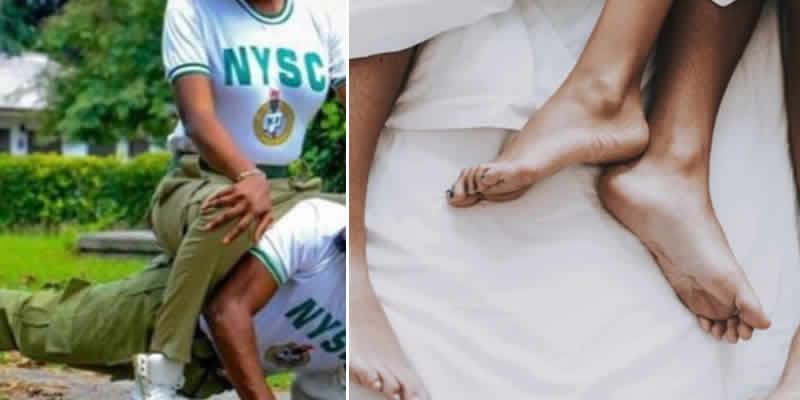 Two Nigerian graduates’ hope of getting into the Labour market soon has been cut short as they both face disciplinary action from National Youths Service Corps (NYSC) in Kano state for engaging in a forbidden act within the NYSC camp.

According to Eyewitness, who disclosed the incident on twitter, a male and a female corp members were nabbed having sex in Kano NYSC Orientation Camp. She further disclosed that they will be decamped as punishment for their offence.

The two NYSC corp members are going to be decamped after being caught in the act, she wrote.

In a related development, two corps members have been sent away from orientation camp by the National Youths Service Corps (NYSC) in Ebonyi state for refusing to wear trousers given to them by the scheme.

Photos: Lady paraded after being caught stealing cassava in a farm in…

This was contained in a statement released by the Spokesperson of the NYSC, Ngozi Ukwuoma in Ebonyi state on Saturday.