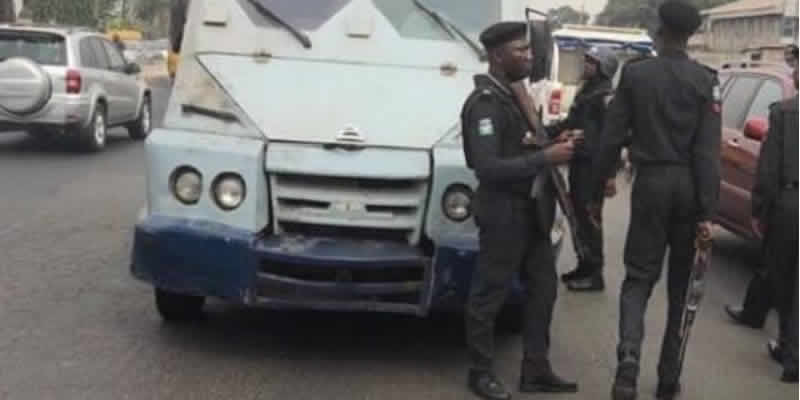 The police on Tuesday evening foiled an armed robbery attempt on the Benin branch of the Central Bank of Nigeria.

The incident, which happened at King Square (the city center), saw the attempt by the robbery gang trying to break into the bank when a bullion van carrying cash to an unknown commercial bank was about leaving the CBN premises.

The robbers were, however, repelled by the armed police security team attached to the bank.

The exchange of gunfire between the bank security and the robbers that lasted few minutes forced the robbers to retreat and escaped, while people and motorists around scampered for safety.

An eyewitness said while no casualty was recorded, the incident summarily paralysed commercial activities in the area as shop owners hurriedly closed.