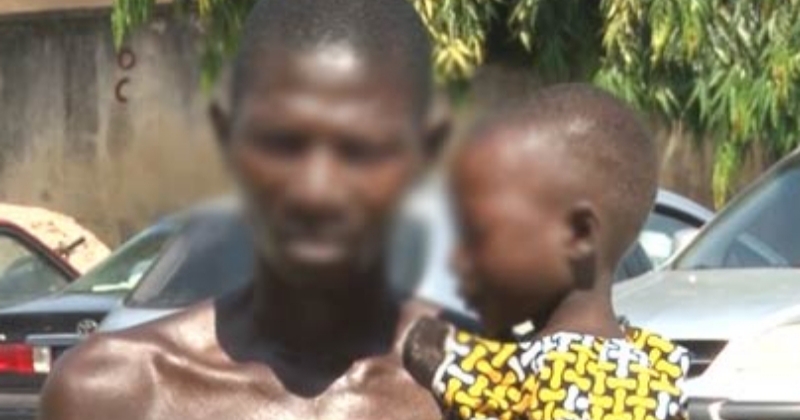 Officials of the Nigeria Security and Civil Defence Corps (NSCDC) have arrested a 42-year-old man for attempting to sell his three-year-old son for N5 million.

The suspect identified as Ayuba John was paraded before journalists by the Commandant of NSCDC in the state, Mahmud Fari who revealed that Ayuba hails from Obi Local Government Area of Nasarawa state and he has been arrested in the past for selling his daughter to someone in Owerri.

This is not the first time he (suspect) would sell his children and he sells his children for ritual purpose. “I was moved to tears when I learnt that a biological father took his son to the market to sell him at the sum of N5million. When he was asked why he want to sell his son, he said he wants to increase his financial status, he added.

Ayuba revealed that he is married to four wives and has 23 children and confessed during investigation that he resorted to selling off his children because he needed money to settle some personal issues.

PHOTO: Lady nabbed after stealing 4-month-old from a mosque in Mushin

DSS arrests UDUTH staff, 4 others over sale of three children