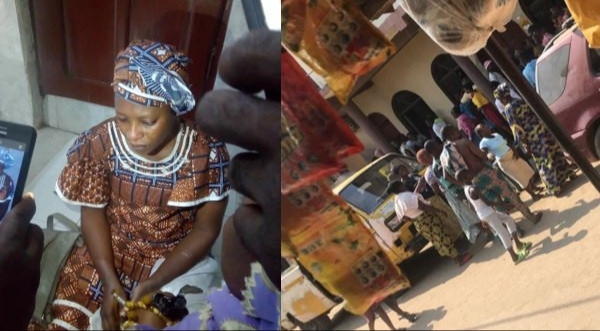 PHOTO: Lady nabbed after stealing 4-month-old from a mosque in Mushin

It was a day of vengeance for a yet-to-be identified Nigerian lady who was apprehended by a child for allegedly stealing a 4-month-old child from a mosque in Mushin.

This was disclosed by a Nigerian model identified as Adetutu who shared photos from the scene of the incident and described how the lady was caught.

Adetutu said that the lady was caught in the act by a child who ended up getting bitten by her (suspected kidnapper) yet the child struggled to expose the said lady despite being hurt.

According to Adetutu, the lady has already been subjected to jungle justice by the crowd who have gathered to deal with the lady.

“A child kidnapper was just caught in the mosque in my street now. She kidnapped a four months old child. See her picture below. She’s confessing already. A child caught her and she the kidnapper bite the child and the child was strong enough to push her into the gathering of people bending down to pray hence disrupting the prayers and people asked the child what happened and the rest is what we have here, she is confessing already and it’s jungle justice now hopefully the police gets here before my street people beats her to death.

The crowd is crazy” 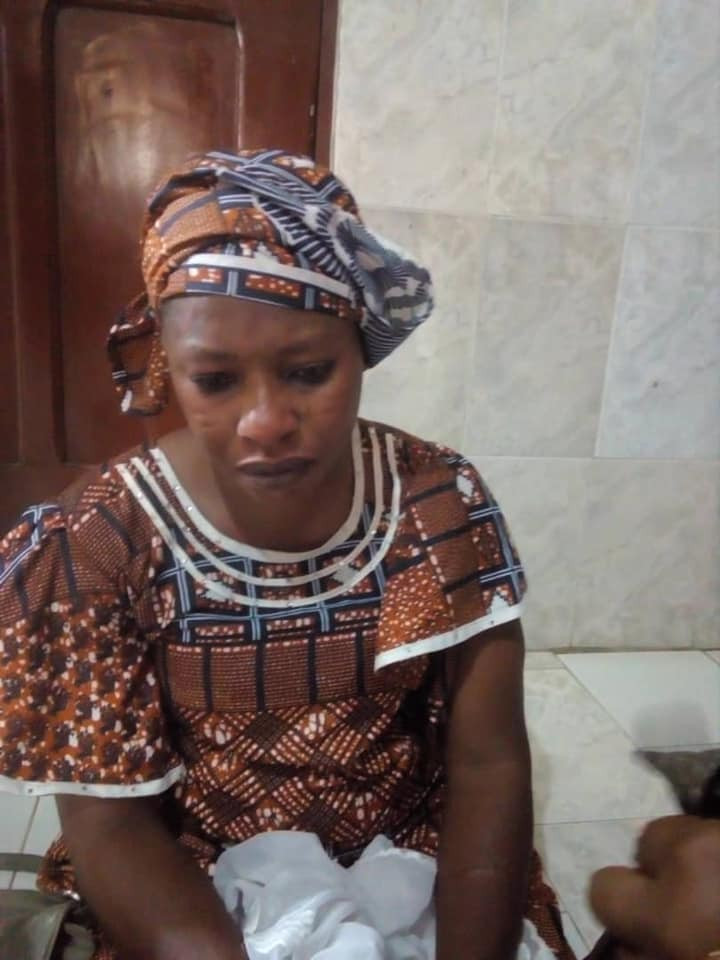 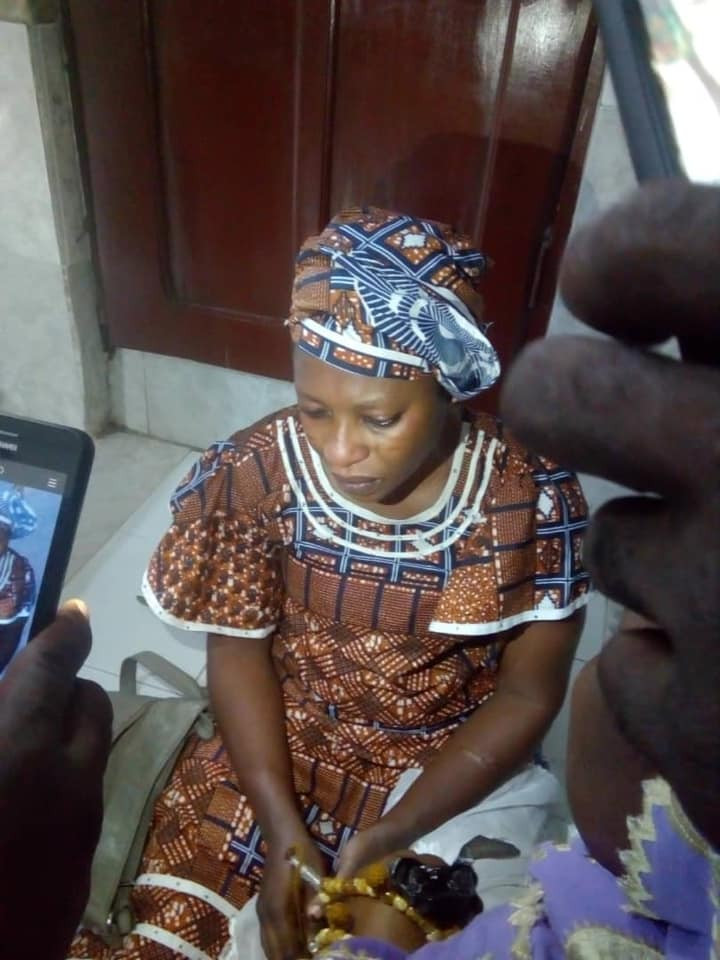 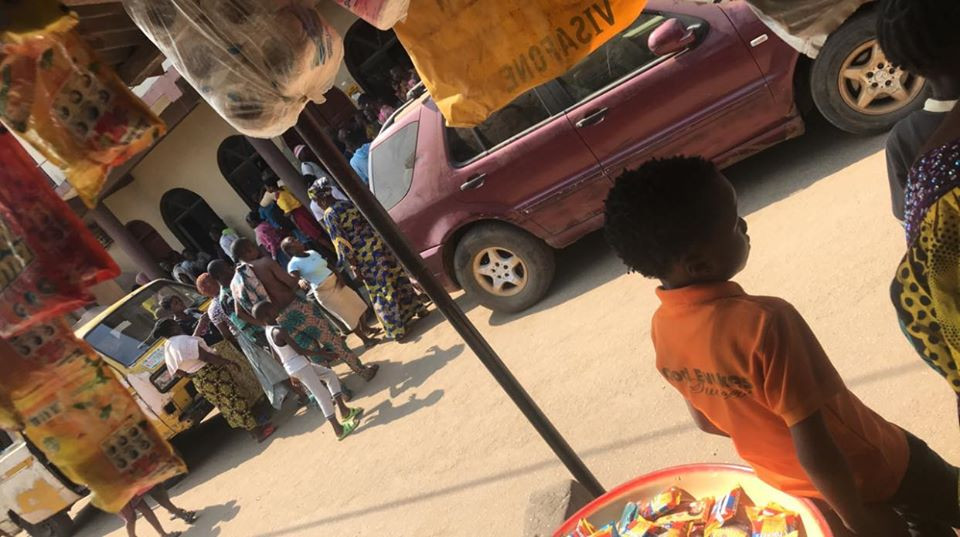