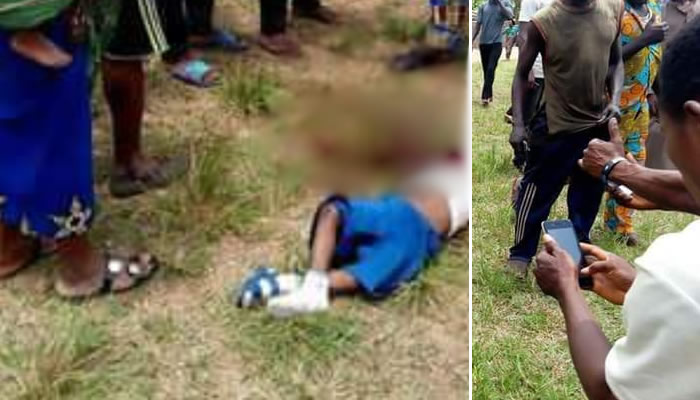 The victims were identified as Mubarak Kalesowo and Sunday Obituyi. They were both four years old and were in kindergarten class.

One if the victims’s father is seen wailing beside his body. 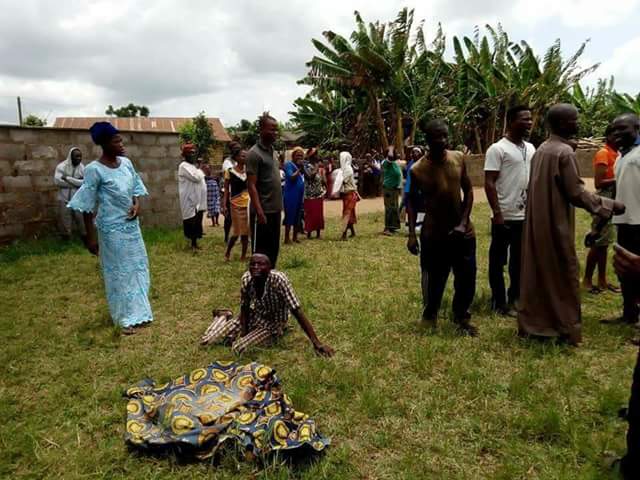 “The incident happened at 11 :30 a .m . during lunch break. The children were on the field playing. The guy just emerged from the bush and hacked two of them to death and immediately he did it , he ran away,”

“Those who know suspect said he is a madman and also an indigene of that place. But we are not relying on that. We are on his trail, we want to get him arrested.

“It is only a medical expert that would confirm whether he is a mad person or not. Our ultimate aim is to get him arrested. As I ’m talking to you now , the Area Commander and the DPO Abigi are at the scene . We have set machinery in motion to get him arrested,” he said.