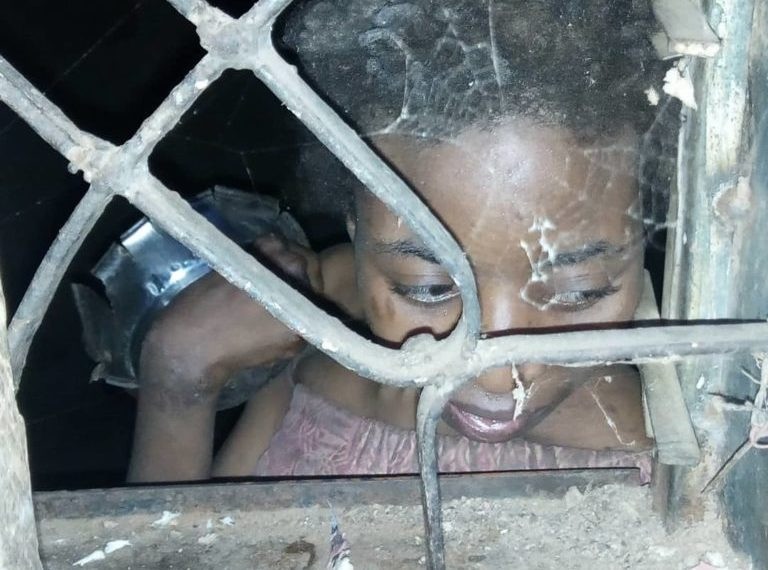 Woman locked up in a dark room for 2 years, freed by the police in Kaduna state

A woman identified as Hassana Sale, who was locked up in a dark room by her biological brother for two years, has finally been rescued by the Kaduna State Police Command.

According to reports, the lady after being divorced was still visiting her ex husband to see her children. This was against what her family wanted, so they decided to lock her up to prevent her from visiting her children and former husband

The police and an NGO, Arida Relief Foundation found the lady in a sad state in the room she was locked up in at Rigasa area of Kaduna by her brother Lawal Sale who never wanted her to go back to her ex-husband. He has however been arrested.

Hajiya Rabi Salisu, founder of the NGO said Hassana became depressed after she got divorced but always visited her matrimonial home to see her four children.

“She visits the children on daily basis, so the elder brother and some of her relatives decided to lock her up in a dark room for two years so that she will not go back to her ex-husband.

“We have taken her to the hospital and when she becomes stable, she would be handed over to the state Ministry of Human Service and Social Development to pursue the matter,” she said.