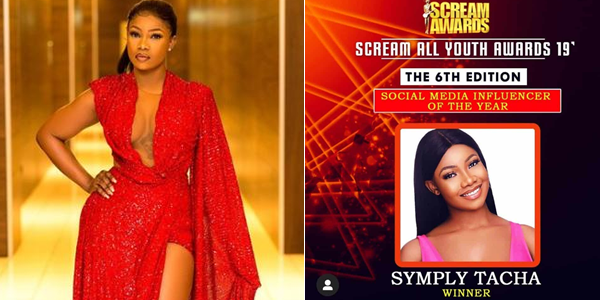 The reality star has not only been a topic of discussion for all and sundry in recent times, she has also carved a great fan-base for herself; one that would readily come to her rescue, if need arises.

Tacha was nominated under the ‘Social media Influencer of the year’ category of Scream Awards, alongside other nominees, but she emerged winner of the category.

The rep of Scream Awards took to Instagram to announce the winners of this year’s edition of the awards. 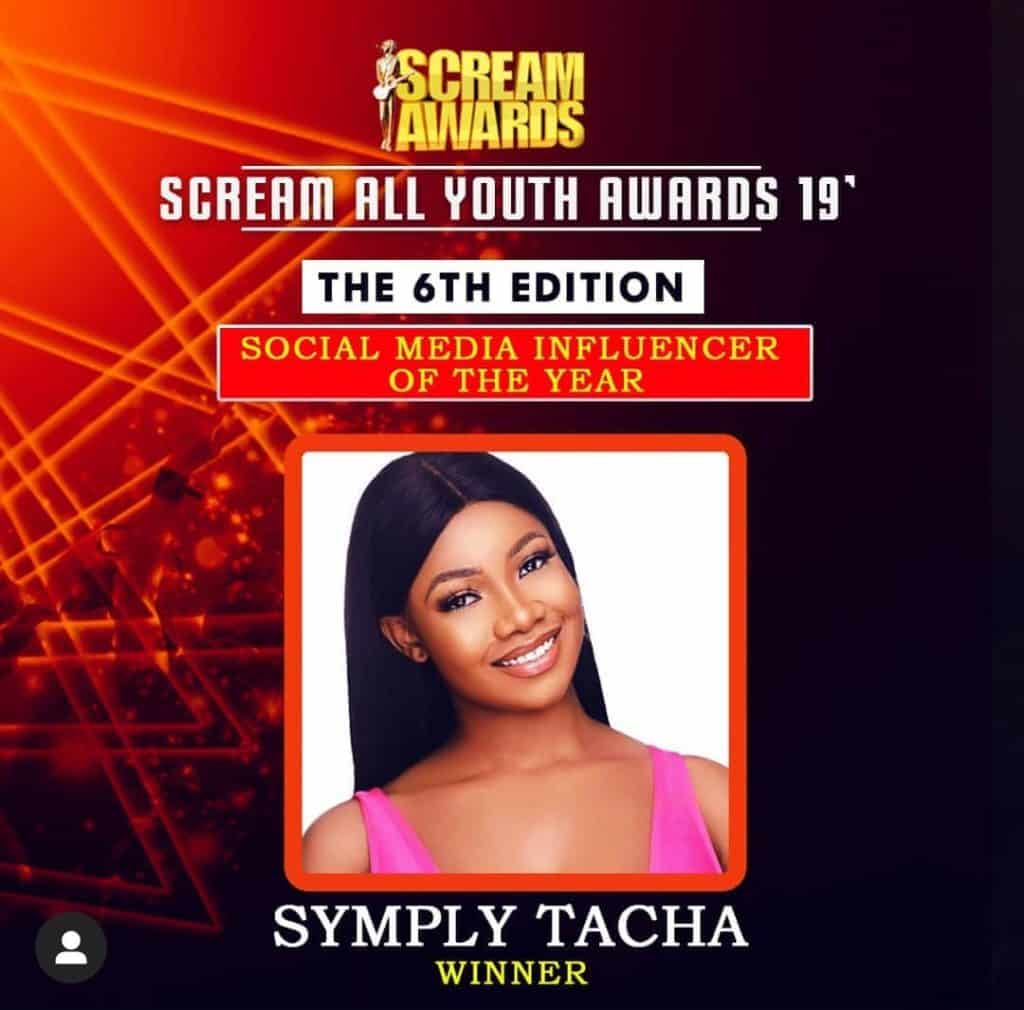