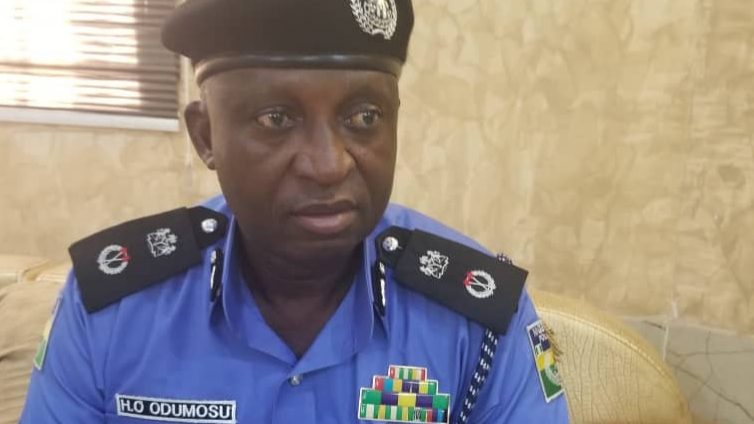 Shortly after AIG Zubairu Muazumni was promoted from Commissioner of Police to Assistant Inspector General of Police and posted to Force Headquarters Abuja as AIG in charge of Counter Terrorism Unit, CP Odumosu has been appointed to take charge.

CP Hakeem Odumosu holds a Bachelor of Arts degree in English Language from Ahmadu Bello University Zaria, Bachelor of Law degree and Master Degree in Peace Studies and Conflict Resolution from the National Open University of Nigeria. He also holds a Masters Degree in Public Administration from Lagos State University. Others include: Post Graduate Diploma in Security Management and Operations, Advanced Diploma in Law Enforcement Administration, and Higher Diploma in Terrorism Studies from University of Lagos; and Post Graduate Diploma in Public Relations and Marketing from Nigeria Institute of Journalism.

CP Odumosu was enlisted into the Nigeria Police Force on 3rd March, 1990 as cadet ASP and rose through  the ranks.

In a statement released by the spokesperson of the state police command, Bala Elakan, says the new Commissioner has a vast experience in operations, investigations and administration.

He started his policing career as Operations Officer in Isokoko, Ketu and Satellite Divisions as well as Area D Command,  Mushin, Lagos. He was the Chairman, Lagos State Taskforce on Environmental and Special Offences, Governor’s Office,  Alausa,  Ikeja.  He equally served as the Officer in Charge, Pensions Office in Edo and Ogun States. He was in charge of Research and Planning Department,  Kaduna State Command.

CP Odumosu is very much familiar with Lagos terrain and there is no doubt, he will bring his wealth of experience to bear in piloting the affairs of the Command. The good people of Lagos State are enjoined to accord the new Commissioner of Police maximum supports” the statement read