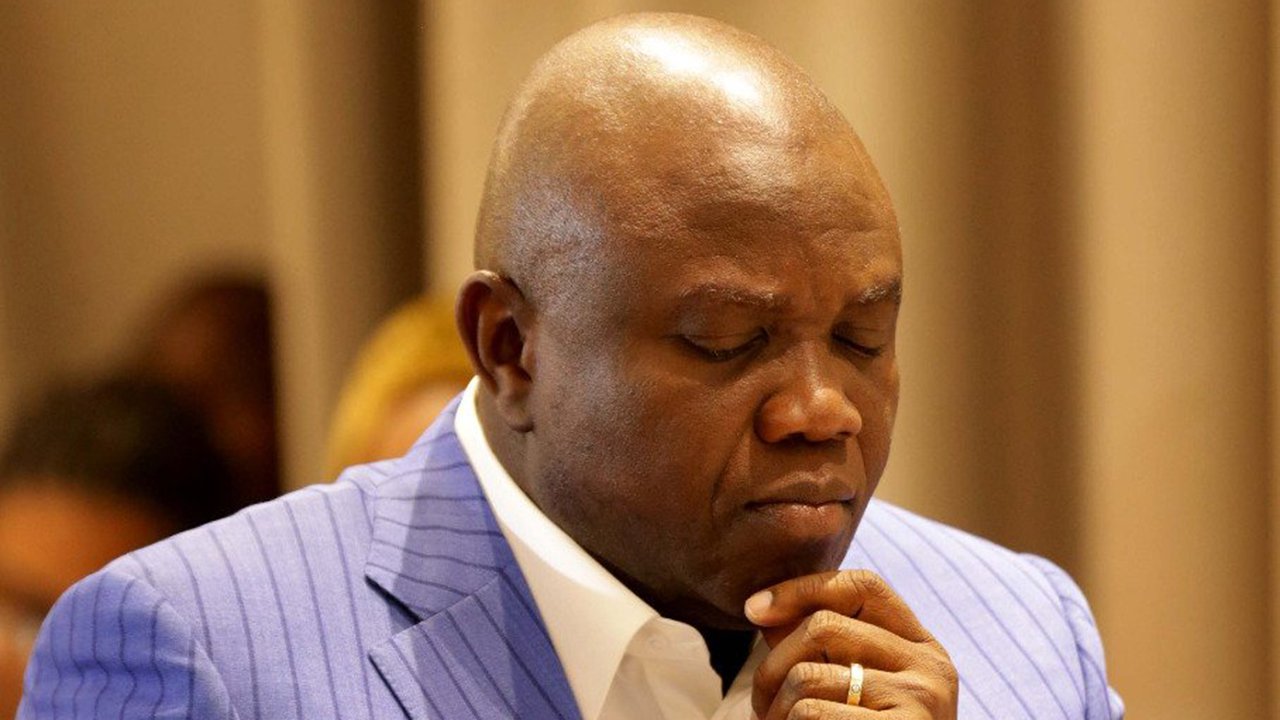 An Ikeja High Court on Wednesday, adjourned till January 16, 2020 the hearing of a suit filed by former Governor of Lagos State, Mr. Akinwunmi Ambode, to challenge the constitutionality of the probe of his administration by the House of Assembly over procurement of 820 buses for public transportation.

The House had suspended the probe following an order of the court which directed parties to the suit to maintain status quo.

Aside the House, other defendants are the Speaker, Mudashiru Obasa; House Clerk, Mr A.A Sanni; Chairman of the Ad hoc Committee set up by the House to probe the procurement, Fatai Mojeed and members of the Committee. They are Gbolahan Yishawu, A.A Yusuff, Yinka Ogundimu, Mojisola Lasbat Meranda, M.L Makinde, Kehinde Joseph, T.A Adewale and O.S Afinni.

At the resumption of the matter on Wednesday before Justice Y. A. Adesanya, a team of lawyers to the defendants led by Lawal Pedro (SAN) and Olukayode Enitan (SAN), informed the court of the counter affidavit filed in opposition to the motion for interlocutory injunction and a notice of preliminary objection challenging the jurisdiction of the court to entertain the matter.

Already, Pedro said he had been served with claimant’s (Ambode’s) written reply on point of law to the counter affidavit with a written address.

He, however, asked for time to react to the process served on him in court by the claimant’s legal team.

In response, the claimant’s counsel, Tayo Oyetibo (SAN), confirmed the receipt of the preliminary objection but informed the court that the defendants were yet to file a defence to the suit.

At the instance of both counsel, especially the need to put in all necessary processes, the matter was adjourned to January 16, 2020 for hearing.

Ambode had said contrary to deliberate misrepresentation of facts by the lawmakers, the procurement of the 820 buses was well captured in the 2018 Appropriation Law which was duly approved by the House.

“Part of the items authorized by the Bill under Capital Expenditure was: “LAGBUS Public Transport Infrastructure (MEPB); Part financing of 820 buses” which was item 8 under schedule 1- Part C of the Bill,” the former Governor averred.

He added that having prescribed the manner of withdrawal of funds in sections 3 and 4 of the 2018 Appropriation Law, it was unconstitutional for the House to attach another condition in section 9 of the law for further approval to be sought before incurring any expenditure on the purchase of the buses.

Highlighting the specific breach of his constitutional rights to fair hearing by the House, the former Governor said on August 27, 2019 during proceedings of the Assembly, some lawmakers thoroughly vilified and disparaged him as having purchased the buses without budgetary approval and that the procurement was a waste of public funds, while at the end of the proceedings, the House resolved to constitute an Ad Hoc Committee to probe the procurement.

He said it was surprising that the very lawmakers who contributed actively in vilifying, disparaging and denigrating him constituted the bulk of the members of the Committee, which was a clear derogation of his right to fair hearing.

Ambode added that in continuation of deliberate misrepresentation of facts of the issue, the House falsely claimed that an invitation had been extended to him to appear before the Committee but that he failed to honour the said invitation.

“On Thursday 10th October, 2019, the 4th and 5th Defendants (Mojeed and Yishawu) who are Chairman and member of the Committee respectively set up by the 1st Defendant pursuant to the provisions of section 129 of the Constitution again raised on the floor of the House an allegation that the Claimant (Ambode) was invited to appear before the Committee but that he failed to do so whereupon the 2nd Defendant (Speaker) ruled that a warrant of arrest would be issued against the Claimant if he refuses to appear before the Committee.

“The Claimant states that no letter of invitation was delivered to him before the 4th and 5th Defendants made the false allegation against the Claimant which was widely reported by various national Newspapers in the country.