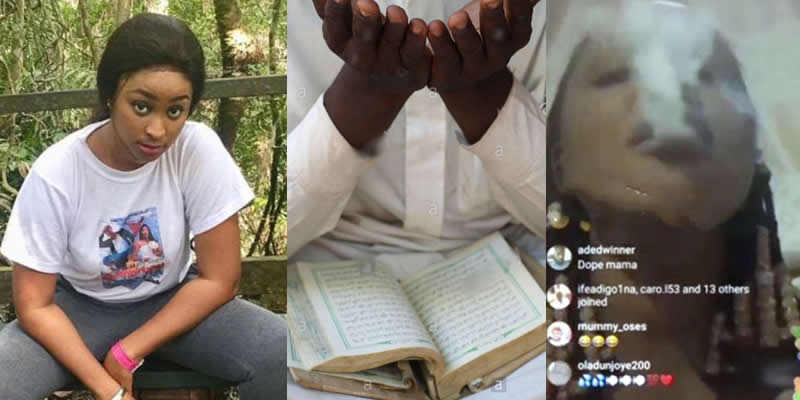 Actress Etinosa has angrily lashed out at her critics after she was dared to use the Quaran as an ash tray like she did with the Bible.

Recall that the actress earlier said that Proverbs 22vs6 is a scam as she smoked and used the Bible as an ashtray.

The Nollywood actress who was dared to try same act on a Quran, asked to be given the Islamic holy book which she claimed she will mess up in 2 seconds.

She wrote via her Instastory;

In another Instagram post, Etinosa wondered how one can effect change by living in denial. She also urged those she claimed are worse than her to retrace their step and stop hiding behind a religion they know nothing about.