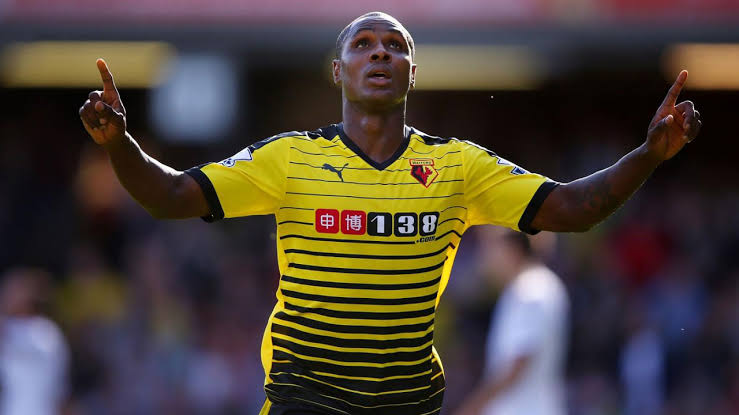 Odion Ighalo is looking to return to the Premier League in January with a number of clubs, including his former team Watford, keen to strike a deal.

The 30-year-old left Vicarage Road in 2017 in a £20m move to Changchun Yatai, having disappointed the Hornets with his desire to move on to the riches of the Chinese Super League.

The Nigeria international is currently with Shanghai Shenhua who he joined in February this year – but he is now keen to move back to the Premier League.

Shenhua would sanction a loan with a view to a permanent deal, making his prospective signing extremely appealing to a number of sides in January.

Watford have been contacted over a potential deal to bring Ighalo back to Vicarage Road and it’s understood they have shown interest but they are not alone in the pursuit.

Everton, West Ham, Crystal Palace, Newcastle and Southampton have all indicated an interest in taking Ighalo in the New Year and it will likely come down to the striker’s preference with all six clubs reportedly keen to bring him in.

Ighalo scored an impressive 39 times in 99 appearances for the Hornets between 2014 and 2017 before departing and his return would certainly go down well with supporters as the club look to pull themselves clear of the lower reaches of the Premier League.

Odion Ighalo was the top scorer at the 2019 AFCON tournament with five goals.