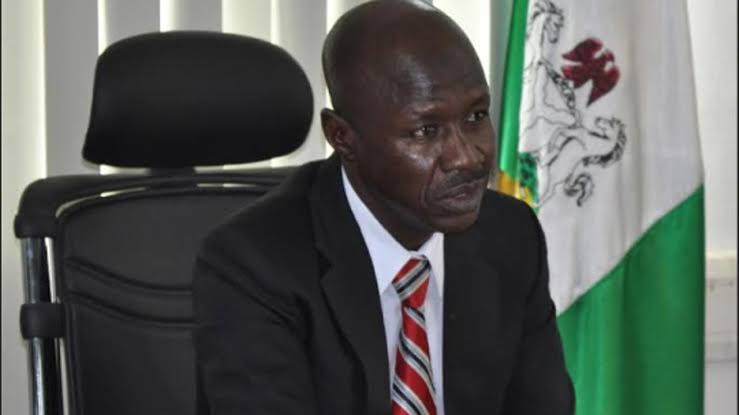 The Federal High Court in Abuja Wednesday dismissed suits seeking the removal of Ibrahim Magu as the acting chairman of the Economic and Financial Crimes Commission.

The plaintiffs had sought Magu’s removal on the grounds that the Senate had twice rejected his appointment and refused to screen him to take up the position as the chairman of the antigraft agency since 2015.

The former senate president Bukola Saraki in April explained that the reason the 8th assembly, under his leadership, refused to confirm Magu as the substantive chairman of the anti-graft agency was that the president failed to lobby the Senate.

He insisted that the “political solution” should have been applied after the Senate rejected nomination twice.

Justice Ijeoma Ojukwu while delivering her judgment said that the law didn’t state the specific duration within which a person could act as EFCC’s chairman.

She said the lacuna in the law ought not to be exploited to “install” Magu in office in substantive capacity without the Senate confirmation.

She said with the law not stating the timeframe the president can make do as he like on the appointment of the EFCC chairman.