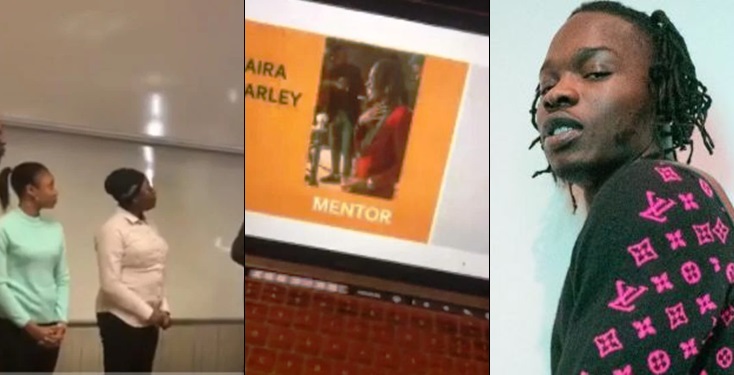 Controversial ‘Soapy’ crooner Naira Marley is gaining more recognition abroad as  a team of Nigerians in Canada made a presentation and at the end of it, they introduced Naira Marley to their audience as their mentor, calling themselves Marlians.

Some Nigerians in the team  that made the presentation include, Ajibola Oluwatosin (CEO), Williams Ifeoluwa (CTO), Ojolo Olamide (COQ) and Abiola Olubukola (CIO).

The video was shared in response to a post Naira Marley shared where he stated that his the only leader Nigeria has. It was shared with caption;

In Nigeria? Even in Canada we are Marlians before Nigerians 😂😂

The singer who recently declared that a woman who has a big booty is better than a lady with a Masters degree has been charged with 11 counts bordering on conspiracy, possession of counterfeit Credit Cards, and Fraud by EFCC.

Watch the hilarious video below.