Famous Nollywood actress, Angela Okorie is receiving strong negative reactions from Tacha’s fans aka Titans, after her post, yesterday  about the reality star, being an ‘ungrateful personality’.

The actress took to Instagram to accuse Tacha of not giving her special recognition after supporting her during her stay in Big Brother’s house.

Angela wrote;
“Some people I helped like Tacha can’t even say thank you for giving her my platform to push her Brand, As the matter of fact she ignores me. When I write her it takes 2 days to reply me or she directs me to her manager. What an Ungrateful personality.”

Tacha’s fans, swiftly reacted on behalf of the reality star, lashing out on  Okorie for saying what they termed as ‘lies’ on social media. They reminded the actress that Tacha thanked her publicly after she was disqualified from the show.

Titans also noted that Tacha often comments on Okorie’s posts and she even shared Okorie’s video on her page in November.

Check out the reactions below: 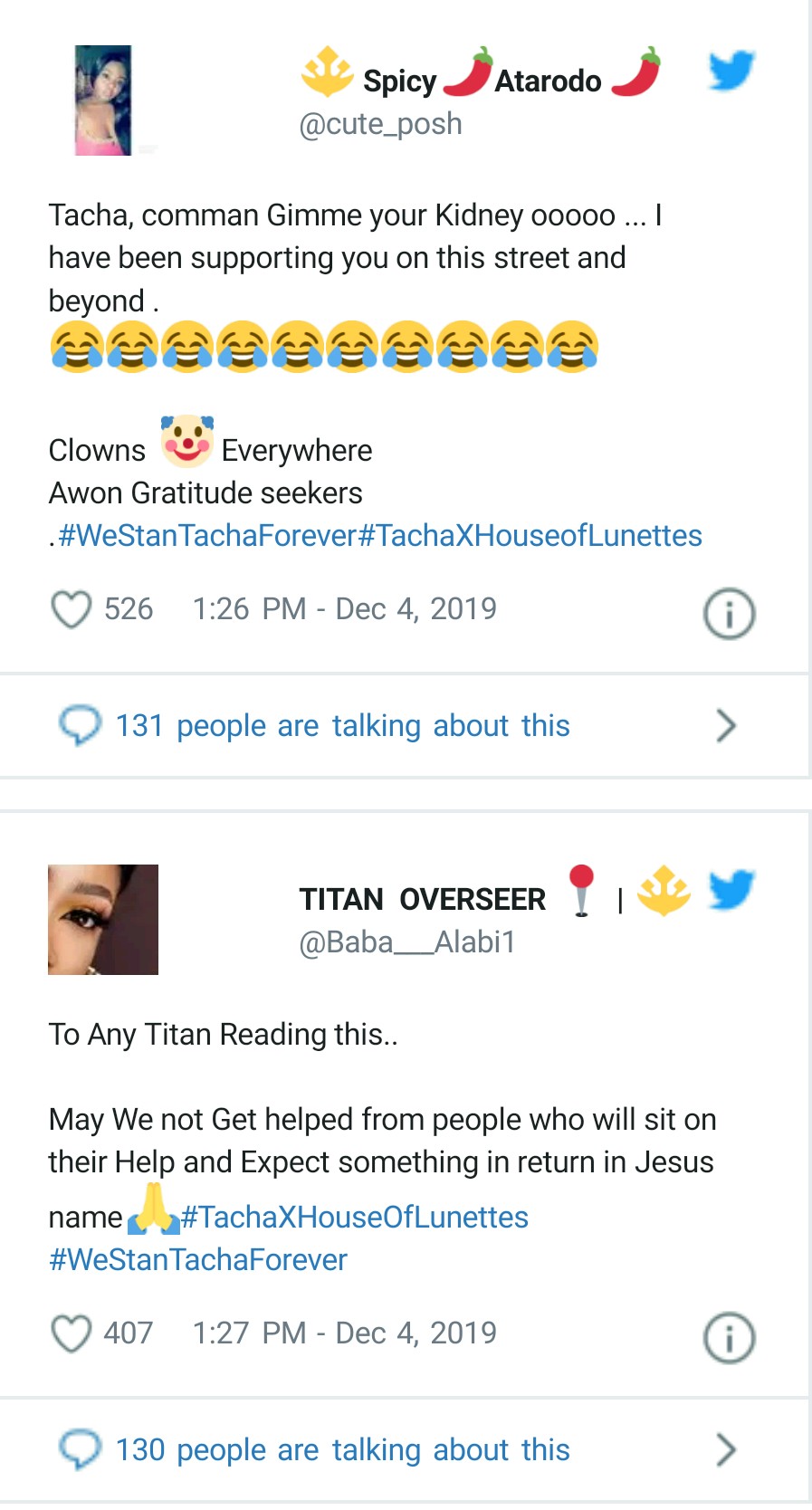 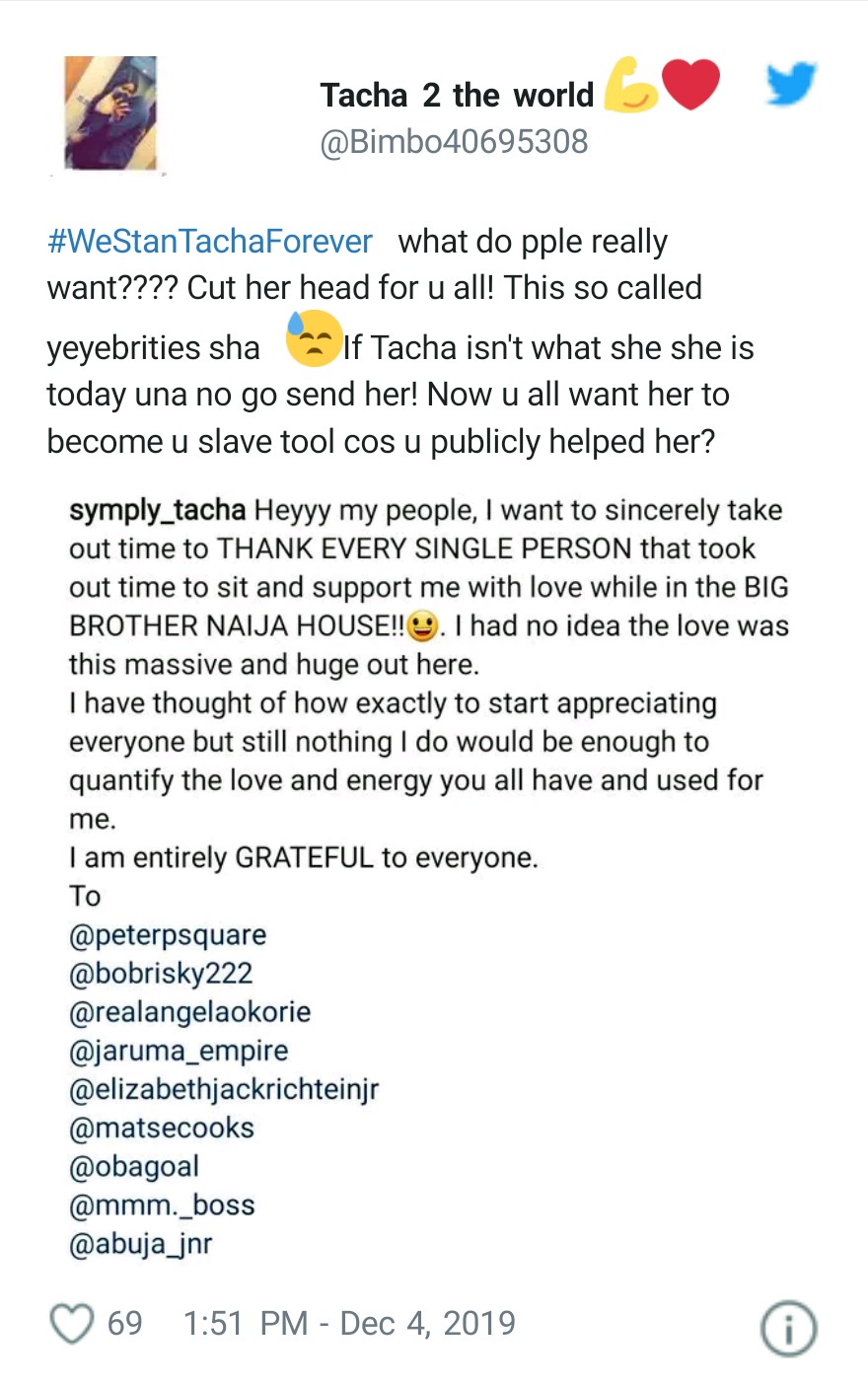 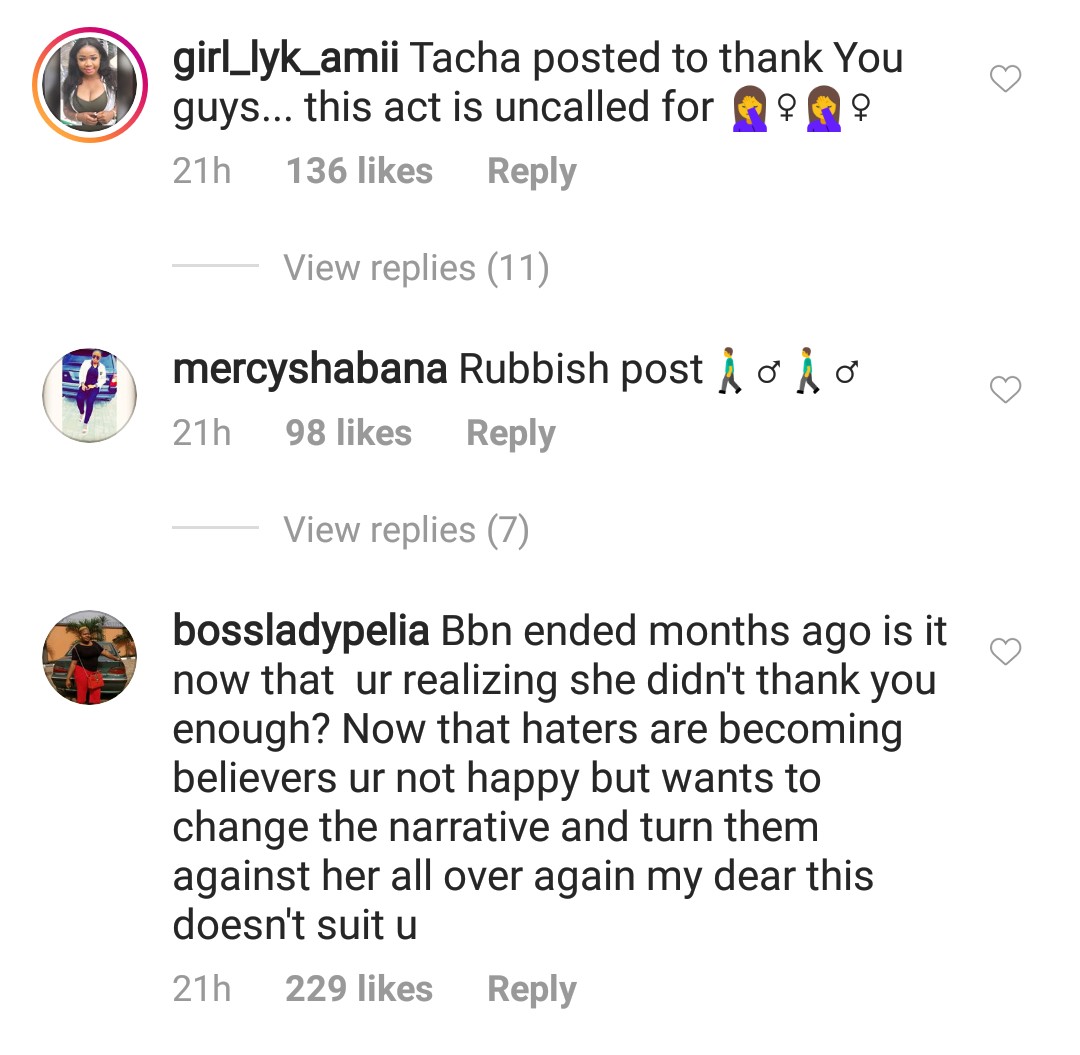 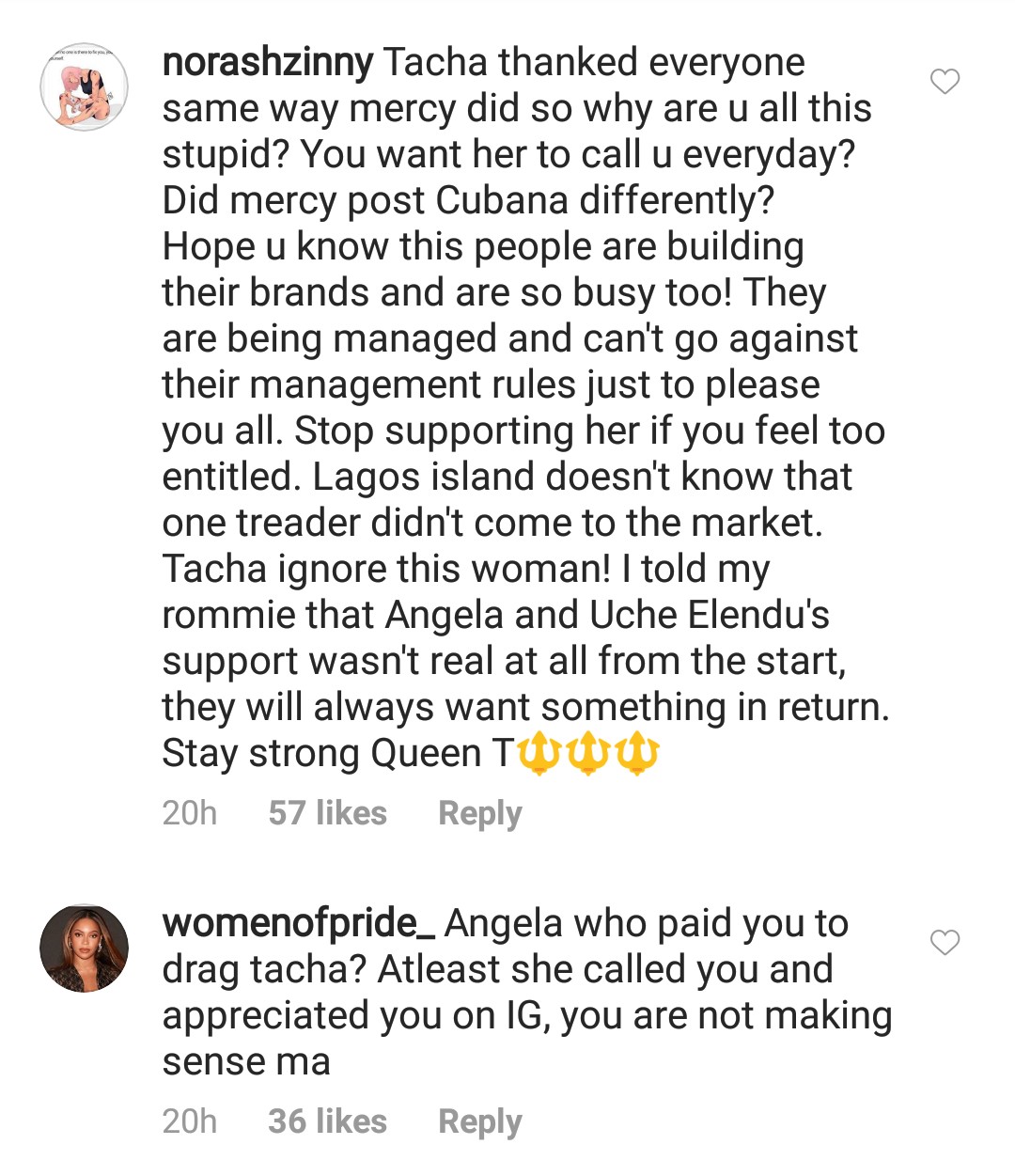