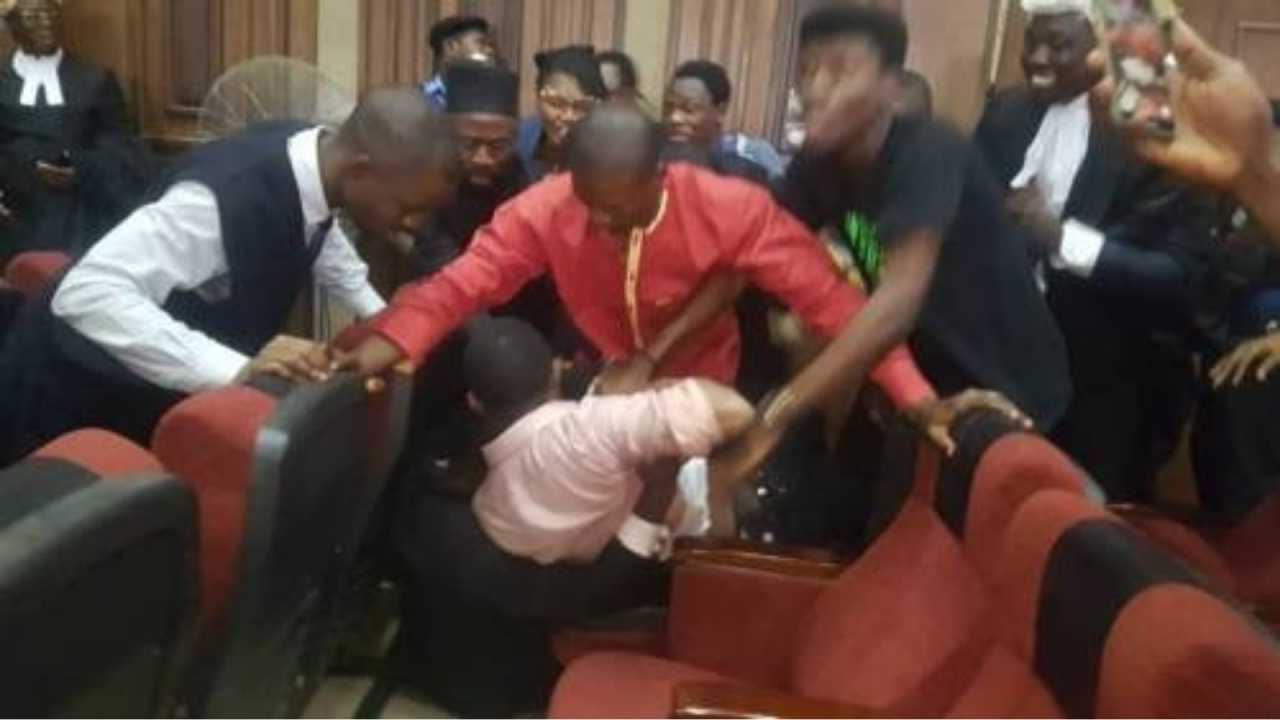 The Department of State services (DSS) has attempted to rearrest Omoyele Sowore at the federal high court in Abuja.

On Thursday, the court ordered the DSS to release Sowore within 24 hours. He was later released in the evening of the same day.

But on Friday morning, DSS disrupted the ongoing trial of activists Omoyele Sowore and Olawale Bakare, attempting to rearrest the two men, who were only released from its detention on Thursday evening.

DSS agents pulled their guns in a show of force causing confusion in the court premises and made an attempt to arrest the activist.

The DSS operatives also chased away the presiding judge, Justice Ijeoma Ojukwu while also brutalising a journalist with a popular television station.