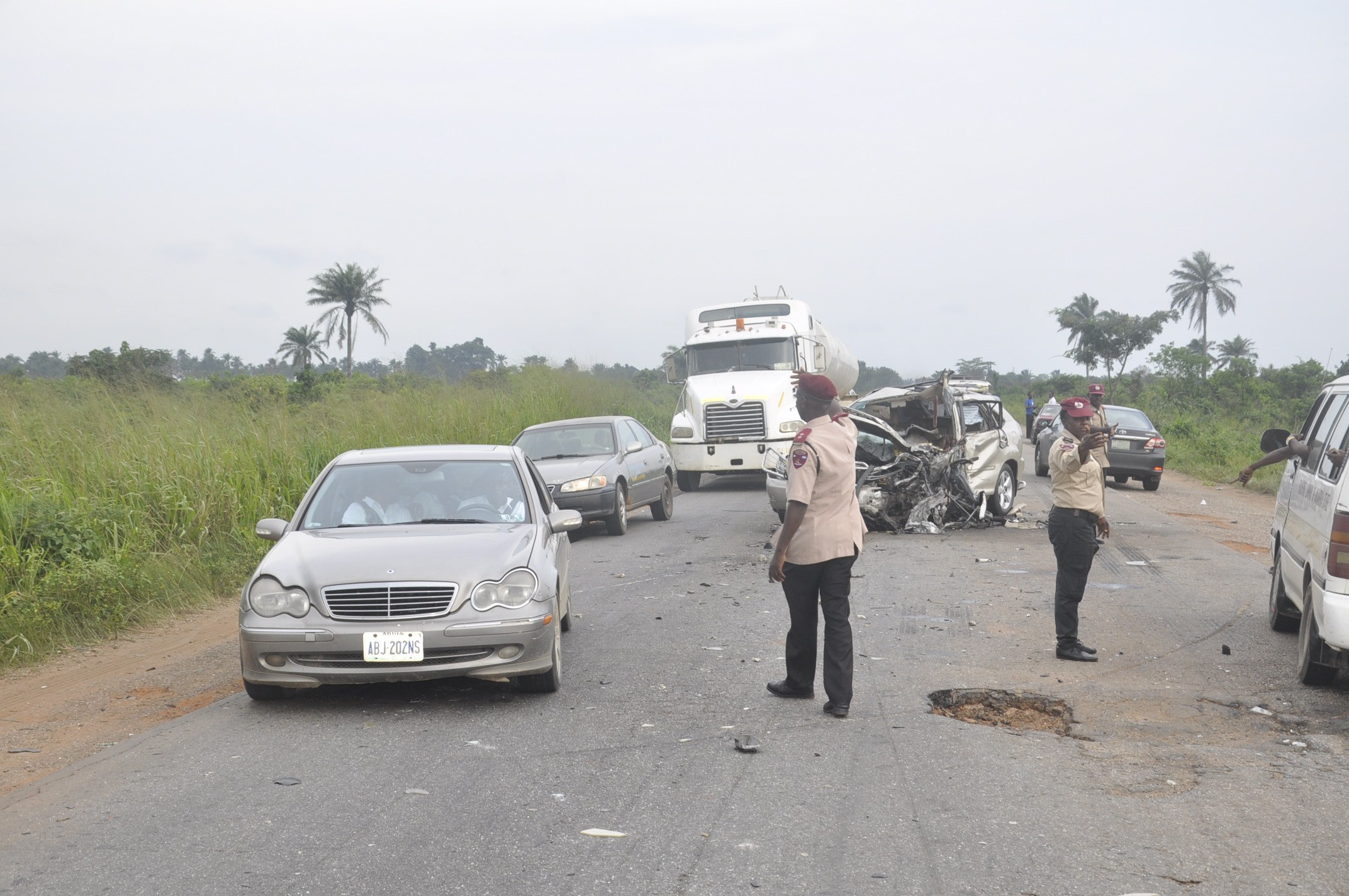 No fewer than four persons were confirmed dead and 26 others injured in an autocrash which involved two commercial vehicles along Ore road in Odigbo Local Government Area of Ondo State.

The two vehicles involved in the accident were heading towards Lagos from the eastern part of the country around Showboy area of Ore.

Eyewitness account disclosed that the passengers were rescued from the wreckage of the accident by the people in the area but said four people, including two female died in the accident.

“The injured passengers were rushed to an hospital in Ore for treatment while the corpses of the dead victims had been deposited at a morgue in the area.

The State Sector Commander of Federal Road Safety Commission (FRSC), Mr Rotimi Adeleye, while confirming the incident attributed the accident to the reckless driving of the two drivers

According to him, “the accident which occurred around 2:32pm around Showboy area, of Ore and was caused by overseeding and reckless driving.”

He confirmed that 30 people were involved in the accident, 12 males, 16 females and two children and said “four people died in the accident while 24 others sustained various degree of injuries.”

He said the two vehicles had been towed by the police to the station while the injured taken to Ore General hospital and the corpse deposited at a private morgue in Ore.