Although details are still a bit sketchy, but reports reaching us indicates that  singer, Duncan Mighty has allegedly being beaten and whisked away to an unknown location by gunmen.

According to Nigerian nightlife king, Cubana Chief Priest who raised the alarm, the incident occurred in Owerri after several gunshots was allegedly fired.

He wrote “Duncan Mighty beaten n picked up by unknown gunmen in Owerri after numerous gunshots. Pray for Duncan Mighty”

Recall that months, the singer raised an alarm over threats to his life while begging former governor of Imo state, Rochas Okorocha to take back the money he gave to him to record a song. 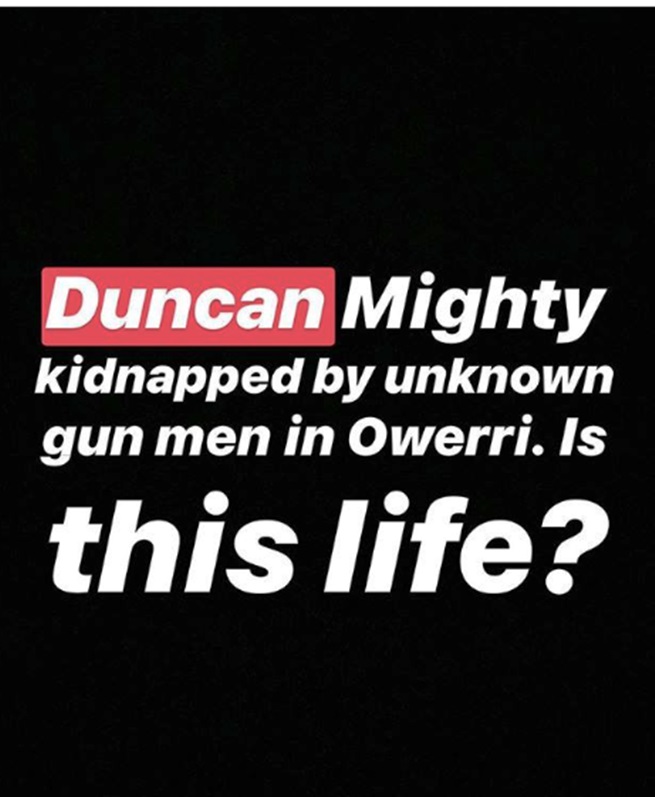 ”I have lost every respect I have for you” Yung6ix calls out M.I on…