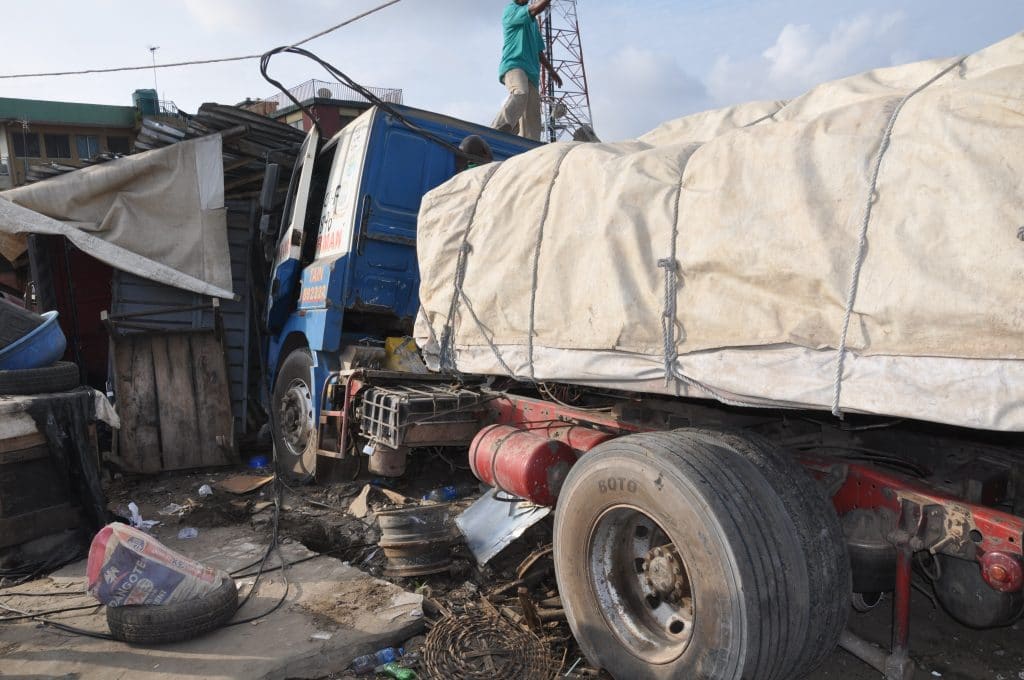 Tragedy struck in Ogun community as six people; four adults and two children were reportedly crushed to death on Sunday afternoon by a truck.

WITHIN NIGERIA learnt that the tragic incident occured at Ijebu-Imushin situated in Ijebu East Local Government Area of the state.

While reacting to the sad incident, the Ogun State Traffic Compliance and Enforcement (TRACE) Corps comfirmed the incident.

The Public Relations Officer of TRACE Corps in the state, Babatunde Akinbiyi disclosed that the accident was caused by wrongful overtaking by a tricycle rider.

Akinbiyi said all the passengers of the ill-fated tricycle lost their lives while their remains have been deposited at a private morgue in the town.

It was further learnt that the truck was set ablazed by angry mob while the driver of the truck was taken to Itamogiri Police Station for investigation.