Chima Ojukwu, the ex-husband of Juliet Migborukwe, took to Instagram to mock her after their divorce was finalized.

Juliet revealed on December 19 that their divorce has been finalized. The former SoundCity presenter explained that divorce is the toughest thing to go through and advised people not to seek divorce except it’s the only option they have.

One day later, her ex, Chima Ojukwu mocked her on Instagram. He said she will have to work her ass off because she will no longer get “free rides” from him in the form of child support.

He added that she begged to keep his surname and said he now owns her “like George Washington owned slaves back in the day with his name attached to them”. 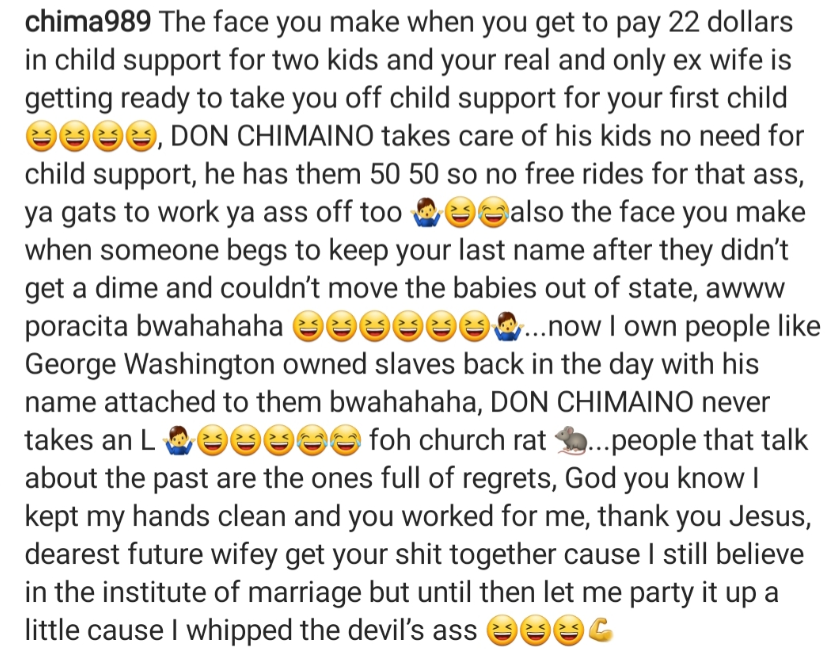 Juliet and Chima got married in October 2011 and separated in 2012, just a few months after their wedding ceremony. At the time, Juliet said the marriage had ended over ”irreconcilable differences”.

In 2014, after lots of communication between the couple, they decided to give their marriage a second chance which made the actress move to the US to start afresh with Chima Ojukwu.

However, in 2018, they fought dirty on Instagram and Juliet announced plans to divorce her husband Chima Ojukwu over domestic violence

‘We have these laws?’ - Victoria Inyama reacts to homicide charges against Osinachi Nwachukwu’s husband